Is Dead Space Remake on PS4 and Xbox One? - Answered - Prima Games
Tips

Is Dead Space Remake on PS4 and Xbox One? – Answered

Can the older hardware run the newest game from EA? 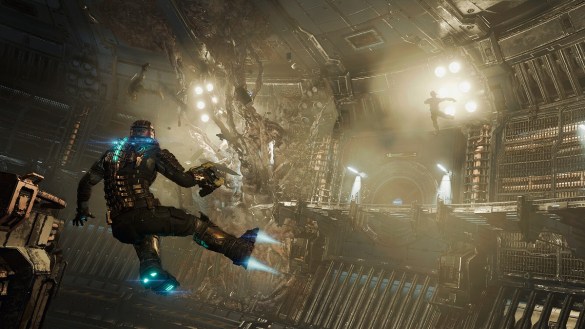 Dead Space Remake is one of EA’s biggest titles for the year, bringing fans back into the world of the USG Ishimura and engineer Isaac Clarke. With a massive ship to explore, let alone the fact that fans of the series are gearing up for a hopefully exciting launch, there are a lot of people wanting to play. Some of those people are naturally on some older hardware. Here’s whether Dead Space Remake is on PlayStation 4 or Xbox One.

Can You Play Dead Space Remake on PS4 or Xbox One?

Unfortunately, it seems that answer is no and it’s staying that way. There are several reasons why this is the case. Firstly, we’re at that point in the PS5 and Xbox Series X|S’ lifecycle where games are released exclusively for those platforms. We have to depart from last-gen consoles eventually if we want to see games advance in many different ways. That perfectly ties into the second reason, which is the technical demand for Dead Space Remake. There are a lot of tech advancements being utilized in the game, such as a lack of traditional loading screens. This takes a lot of processing power, which the Xbox One and PS4 simply don’t have.

Related: Is Dead Space a Remake or a Remaster? – Answered

While this does suck for owners of the older hardware, it’s an important step overall as an industry. It makes things less affordable naturally, but we’ll see better-looking and running games on consoles. The rest of this generation of consoles should be a golden age in that regard, so it’s something worth being excited about. It will just require several hundred dollars of excitement.

Dead Space Remake releases on January 27 for PC, Xbox Series X|S, and PlayStation 5. For everything you need to know about the game, be sure to check back at Prima Games.