Is Apex Legends’ Season 15 Battle Pass Worth the Price?

Get your glam on with the Eclipse Battle Pass. 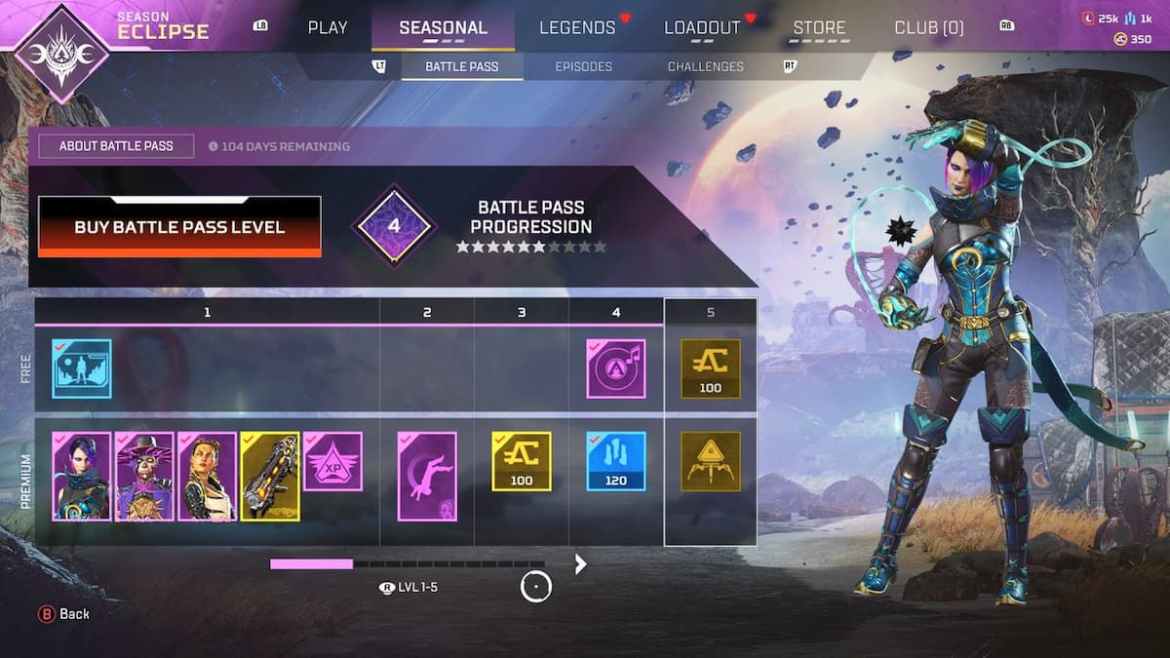 There are two tiers to the Apex Legends Battle Pass: the free and the premium. But is Apex Legend’s Season 15 Battle Pass worth the 950 Apex Coins (~$10 USD)? Let’s find out.

Should You Buy the Apex Legends Season 15 Battle Pass?

Every new Season in Apex Legends brings certain themes. With the arrival of our new favorite witch, it’s only fitting that the Eclipse battle pass leans towards the cosmic and spooky. And the designers have really outdone themselves. This is by far the most aesthetic Season in a long time. The banners are works of art, and the Wraith sweat emote is perfection. The kill quips are pretty decent, and definitely a step up from the past two seasons.

But don’t just take my word for it. If you want a concrete measurement, here’s a comparison of the two Battle Passes:

The Premium Battle Pass offers way more by every metric. But here are some of the highlights:

Ultimately, the Battle Pass is there to help you customize your Apex Legends experience. If you don’t care about skins or banners and never use voice lines, it’s not worth it. Nor is it worth it if you don’t feel like you’ll be able to invest the time and energy to make it to level 85 in the battle pass, so you can at least recoup the money that you spent.

But if changing your look up is something you enjoy, then the Apex Legends Season 15 Battle Pass is worth the price. And if you’re confident you can see the battle pass through till the end, you’re guaranteed enough money to buy next season’s.