How to Use the Force Sword in Warhammer 40K: Darktide - Prima Games
Tips

How to Use the Force Sword in Warhammer 40K: Darktide

Its force is unfathomable. 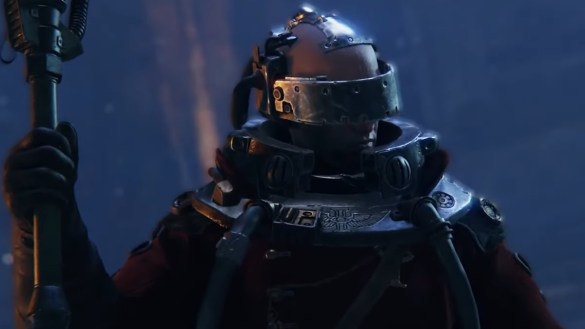 Warhammer 40K: Darktide’s arsenal is vast, though it’s the class-specific weapons that truly shine above the rest. Whether it be the Zealot’s Thunder Hammer, the Veteran’s Plasma Gun, or the Ogryn’s entire weapon set, each one truly packs a punch and stands out from the rest in a character’s lineup. One of these weapons for the Psyker is quite powerful, though some don’t know how to use it. Here’s how to use the Force Sword in Warhammer 40K: Darktide.

What is the Force Sword in Darktide?

The Force Sword is first unlocked in the shop when reaching the second trust level as Psyker. This brings the weapon into the shop for purchase at any rarity, provided you’re at a high enough level to purchase it. As for the weapon itself, some of the animations do tend to confuse, especially for what positives and negatives they bring. As such, let’s break each of them down.

The light and heavy strikes on the Force Sword are the same as most other swords like the Devil’s Claw. Light attacks are great for single targets, while heavy attacks tend to be good for cleaving and beefier single targets. When it comes to the special action though, things get a bit more interesting. Using some Peril energy, you’ll charge up your sword and be able to do an attack that slowly drains the enemy’s life before doing a large bit of burst damage.

When it comes to managing this special action, we suggest only using it against specialists, elites, and monstrosities due to it being overkill on your standard fodder. Without any sort of cleave on the attack either, you’ll just be opening yourself up to take a helping of damage. Otherwise, it’s great at what it sets out to do. We also want to note that the block, which has a different animation to any other in the game, doesn’t act differently to any other block in the game. Pushing used to cost Peril, though the team removed that from the game not too long ago.

All in all, the Force Sword is a formidable melee option for the Psyker. While later weapons like the Dueling Sword or Chainsword may have more fun factor to them (though Force Sword isn’t lacking in that either), you’re bound to enjoy it for many of your opening hours with the character.