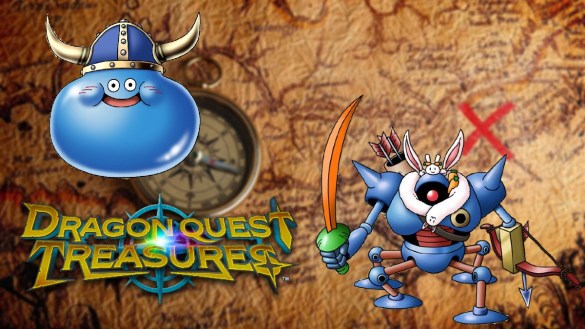 Dragon Quest Treasures has been out for a while now, and one feature has remained a little unclear. Of course, we’re talking about Gift Codes! Using this feature, players can enter special codes and receive in-game rewards, such as unique monsters to join the ranks of your gang. But considering how new Dragon Quest Treasures is, there haven’t really been Gift Codes out in the wild aside from pre-order bonuses. But Square Enix has finally released some special Gift Codes for players, for some wacky guest appearances.

The first monster you can get is Yuji, a kind slime who wears a viking helmet instead of the usual crowd. He also has unique facial markings, which are based on drawings from Dragon Quest creator Yuji Horii. Also, Horii is a surprise guest voice actor for this critter! To get this guy in your gang use the Gift Code “YUB”

The second monster you can get is Pekotte, a killing machine wearing some strange rabbit-themed accessories and wielding a carrot-colored sword. This monster is voiced by Usada Pekora, a popular VTuber. The Gift Code for this one is “PEK.”

You can see what both monsters look like along with the Gift Codes by checking out this tweet from the official Dragon Quest feed. Check it out below:

And here’s how to use Gift Codes. Simply open the menu with the plus button and find the Gift Code button! Enter the codes, then go back to your gang’s home base and talk to Miss Cecily. You still have to pay fees to get Yuji and Pekotte to join you for real, of course.