How to Use a Smoke Bomb in Gotham Knights 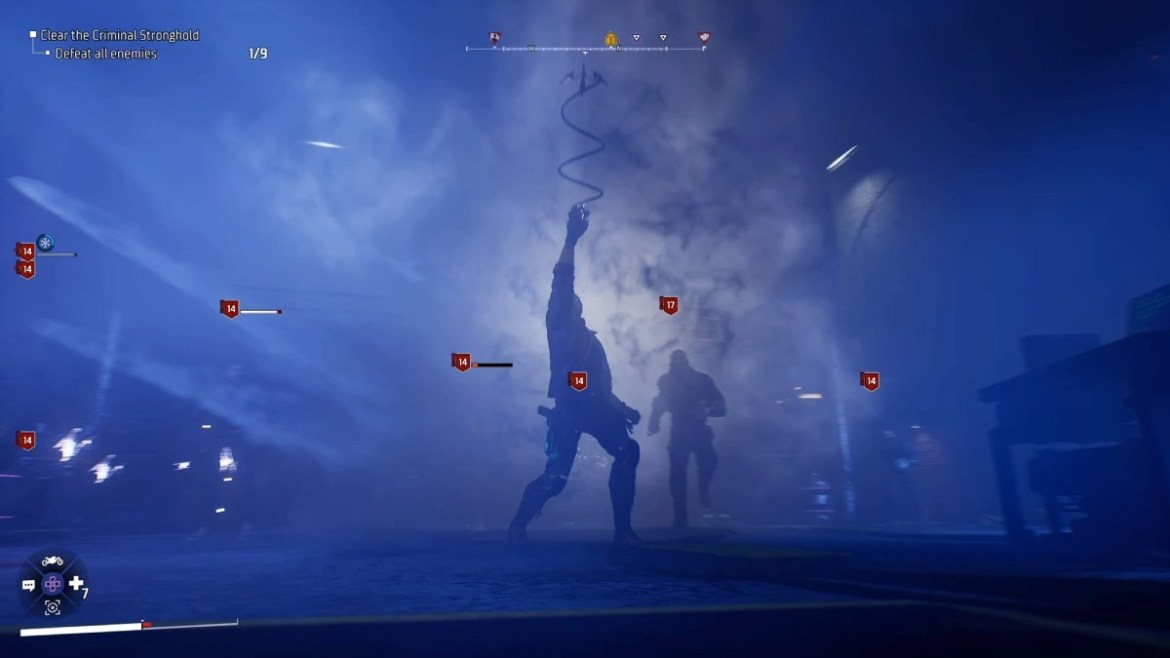 Sometimes, while you’re playing a videogame, words appear on the screen that tell you how to do various things. Most of the time we call these instances “tutorials,” and they explain many of a game’s basic functions such as controls. In some cases, you can even have the game demonstrate what it’s trying to teach you, or put you in a sort of fictional simulation to let you practice for yourself. Weird, right? Anyway totally unrelated but here’s how to use a smoke bomb in Gotham Knights.

How to Use Smoke Bombs in Gotham Knights

If you’ve played any of the Arkham games, you’ll understand many of the controls in Gotham Knights. These games don’t play the same way, but they share similarities with commands. For example, pressing the L1 button or whatever your controller’s equivalent is, serves as a multifunctional “grapple” command. Depending on what’s going on in the game and where you are, there are additional functions tied to it.

For example, there’s the smoke bomb. This is a universal technique available to every character in Gotham Knights from the get-go. While this is generally an action-oriented game, there are opportunities to play around with stealth. Especially if you’re using Robin. But sneaking isn’t a priority, and the “fail state” for being discovered is just “Punching TIme.” That said, in many cases, you can try to escape a scrap, which comes in handy if you’re in trouble or trying to complete specific bonus objectives. To do this, after going loud simply target a grappling point and hold the grapple button instead of pressing it.

There aren’t a ton of reasons to actually bother using a smoke bomb, but it’s usually pretty effective when you do. The enemies will go from “red” to “yellow” alert, which makes them spread out and frantically search for you. This gives you a chance to open up takedown chances or get enemies to pass by hazards such as exploding barrels.