How to Unlock the Hippo Cart Mount in FFXIV 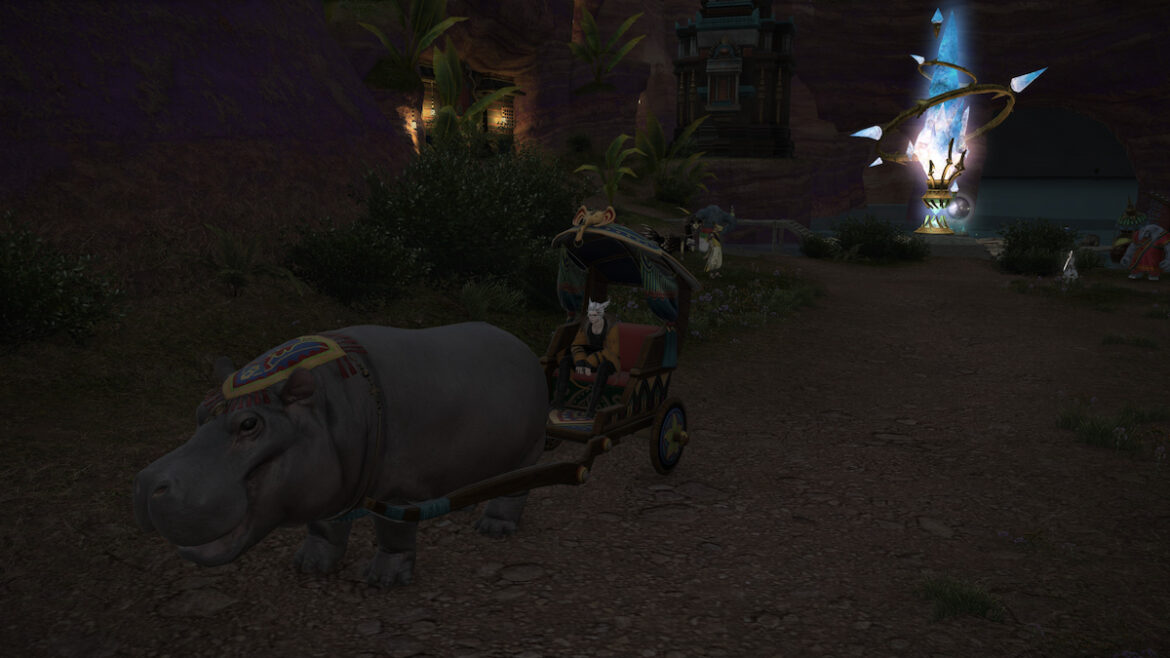 FFXIV is filled with mounts. In the 6.15 patch, a brand new Tribal Questline was added that gives players another new one to chase after. The Hippo Cart mount will take some time and dedication to get, but then you’ll be rolling in style. Here’s how to get the Hippo Cart mount in FFXIV.

How to Unlock the Hippo Cart Mount

After completing that quest, keep following the Blue Exclamation points around Palaka’s Stand, you’ll need to complete a few more quest chains to finish off what needs to be done here.

Then head over and begin the Steppe Child quest (X:25.4, Y:31.2.) You can actually complete this quest earlier, it offers an Aether Current, so if you’ve unlocked flying in Thavnair you’ve already done this one, which means you’ll actually be starting with the quest “The Matagna Along the Way”. It should be in the same location as the coordiantes above.

After that, you’ll need to finish off the quest chain.

After this, you’ll unlock the “A Budding Adventure” quest. Complete this quest by speaking to Yezahn. Then you’ll need to complete the quest “Hippos Born to Run” by speaking to Kancana at (X25.3, Y:31.1).

After finishing this quest up you will now have access to the Arkasodara Tribal Quests. You’ll need to complete these daily in order to increase your reputation. After reaching a higher enough reputation with the Arkasodara, you’ll be able to purchase the Hippo Cart mount. We will update this guide when the mount becomes available with a final price.

That’s everything you need to know about how to unlock the Hippo Cart mount in FFXIV.