How to Unlock Fortune Telling in Fire Emblem Engage 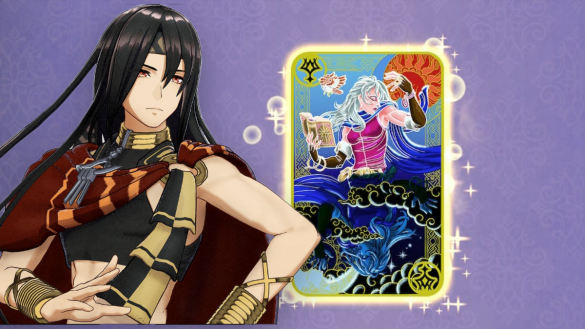 There is no shortage of things to do on the floating utopia Alear and friends call the Somniel. You can frolic in the pool, conquer obstacle courses on the back of a wyvern, and even enjoy a few home-cooked meals. But there’s one particularly unique mechanic that will help you bring your companions closer together: fortune telling. Here’s how to unlock fortune telling in Fire Emblem Engage.

How to Unlock Fortune Telling in Fire Emblem Engage

One of the special pre-order bonuses available for Fire Emblem Engage was a tarot deck, featuring 12 beautifully rendered cards of past Fire Emblem heroes. Many thought that this was just a fun touch, but it turns out they have an in-game application.

These tarot cards will appear again if you manage to recruit Seadall. SPOILERS BELOW.

Seadall is unique in more ways than one. You encounter him in Chapter 15: Dancer in the Ruins, after ousting the hounds from the Palace of Solm. He’s been cornered in the ruins by dozens of Corrupted, and it’s up to the Divine Dragon and company to help him escape.

Doing so isn’t easy (in fact, I found it absolutely torturous – this is a map that sprawls). But once you reach the end, you can then head to the Somniel. If you investigate the near the pool, you’ll see a new building has miraculously appeared, completed with a luminescent sign of a purple hand and three tarot cards.

This is where you can have your fortunes read, but it’s only open at night. It says that it’s open in the evening, but Seadall has never appeared during that timeframe for my game, but feel free to check. Once Seadall appears, you’ll then approach him for a reading.

Once you speak to Seadall, you’ll be able to have the fortune of anyone in your army’s future read. Click whomever you like, and the fortune will reveal two things about the chosen unit: their worry and who they’re thinking of.

Their worry seems to be a bit of fun flavor text with no bearing. But who they’re thinking of does matter, as it means that they’ll have an increased chance of leveling up their support rank with that character.

For example, my Yunaka was thinking of Seadall. That means if I bring them into battle and keep them joined at the hip, I’m more likely to return to the Somniel with a Support scene between the two.

Fortune telling is one of my favorite unlockables on Somniel island, and if you’re trying to unlock all Support conversations, it’s a must visit.