How to Switch Palafin into Hero Form in Pokemon Scarlet & Violet

My Hero Academia crossover when? 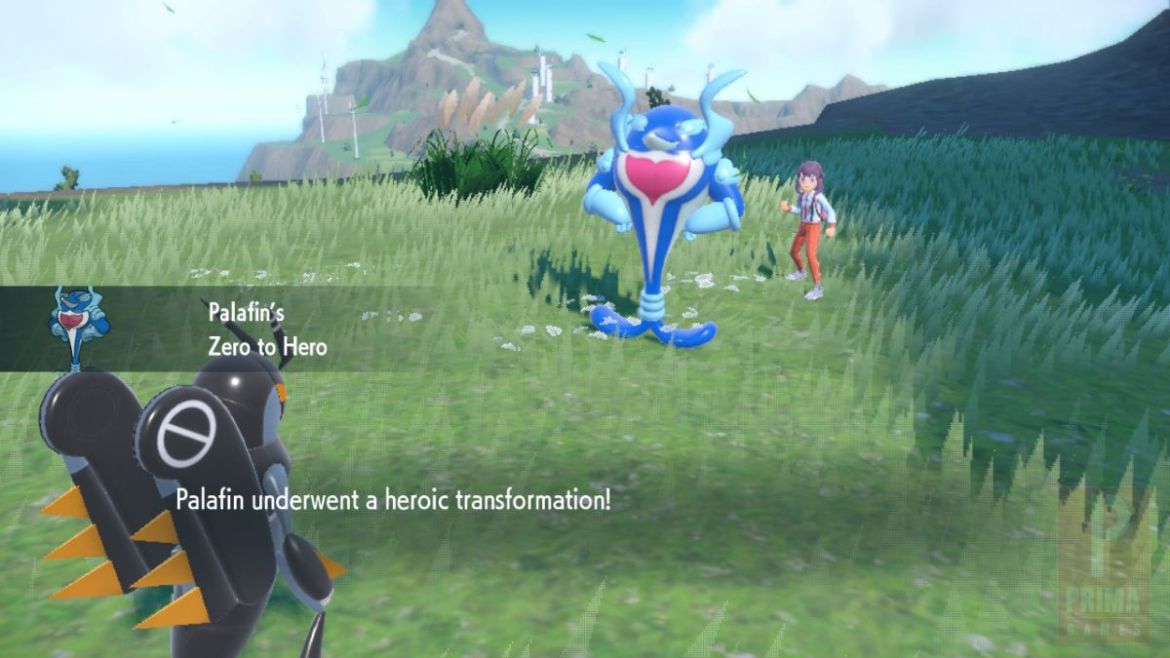 Gen 9 is filled with new weird and wonderful Pokemon, and one of the craziest is perhaps Finizen. Not for its design – it’s a cute little dolphin – but rather for how you evolve it. But once you do, its evolution has a ridiculous second form that is reminiscent of superhero anime like My Hero Academia and One Punch Man. Here’s how to switch Palafin into Hero Form in Pokemon Scarlet and Violet.

First things first, if you’ve yet to catch yourself a Finizen or evolve it into Palafin, head on over to our How to Evolve Finizen into Palafin in Pokemon Scarlet & Violet guide for everything you need to know.

Once you’ve successfully secured a Palafin, it’s time to kick off its superhero Ability, Zero to Hero. To do this, you need to make sure that it’s in your Party and that it knows the Flip Turn move, which it automatically learns when evolving from Finizen. If you rejected the move, you can make it relearn it in the Moves and Stats section of the Pokemon’s Summary.

Next, enter a battle with it. Any battle will do, whether it’s with a wild Pokemon or a fellow Trainer. Use its Flip Turn move, which deals damage to the opponent before sending Palafin back into its Poke Ball. You’ll be asked to send another Pokemon out.

Related: How to Pair Dondozo with Tatsugiri and Unlock Secret Move in Pokemon Scarlet & Violet

Finally, switch Palafin back in and you’ll notice it’s changed its form completely. It now looks like All-Might would if he were a water-breathing mammal. Upon beating your opponent, it will even punch the air in victory like superheroes do. Truth, justice, and a better tomorrow, and all that.