How to Solve the Bus Puzzle During Chapter 9 in Somerville

How to get past the bus section in Somerville 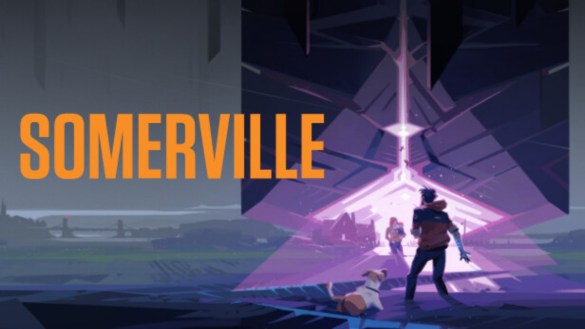 Somerville is the new adventure game and debut effort from Jumpship, a budding studio created by the co-founder of Playdead, Dino Patti available now for PC, Xbox One, and Xbox Series X|S. While the game was initially viewed as somewhat of a spiritual successor to previous Playdead titles LIMBO and INSIDE, through its environmental, science fiction storytelling, Somerville is actually a departure due to its 3D movement capabilities and lighter overall challenge.

However, a few of the elements of its puzzle platform predecessors can be found in Somerville, such as a few mini brain-teasers that might occasionally trip up its players, requiring trial and error to figure out the solutions. One such puzzle is the bus section of Chapter 9, which can be a tricky moment, and might cause gamers an unnecessary struggle in order to commence the family’s journey through the story’s alien apocalypse. Here is a breakdown to quickly solve the bus puzzle in Somerville.

Step One: Locate the Bus

In the first section of Chapter 9, the father, mother, child, and dog will encounter a bus, entrenched in concrete blocking their path. Make sure you are in the right chapter at the correct puzzle before proceeding with this guide.

Related: Pentiment Review | A Historical Murder Mystery That Transcends Expectations in All the Right Ways

By this time in the game, you have already experienced two encounters that have provided your player character, the father, with extraterrestrial powers to destroy concrete through light (blue), and powers to harden liquid matter (red). Simply clear the concrete from the bus using your blue light powers (left trigger on Xbox) with the help of the mother character’s light source.

Once you have removed all of the concrete from the bus, a hidden lever is now exposed.

Step Three: Use the Lever to Raise the Bus From Its Position

The lever is a jack that is used to move the bus from its leaning position to being propped up correctly. Simply use the jack to raise the bus into a level position, until the lever will no longer shift the vehicle.

Step Four: Crawl Through the Hole Where the Back Right Tire is Missing

This section is the crux of the puzzle’s difficulty. You can spend time wandering around the bus trying to figure out how to proceed after you’ve cleared the concrete and jacked the bus into position when the solution is literally right under your nose. It’s difficult to see due to the lighting, but the bus is missing its back tire, leaving you a pathway to walk through. Simply walk towards the back tire, and the father will automatically crouch, allowing you to navigate to the other side of the bus.

Step Five: Open the Door for the Rest of Your Family

Don’t think you’re done yet. You still have to open the door for your wife and child, and we can’t forget the dog! Start by entering the bus through its door on its left side.

Navigate down the aisle of the bus to the very back, open the back ramp for your family, exit through where you entered the bus, and you will be on your way to progressing through Chapter 9 and the rest of Somerville.