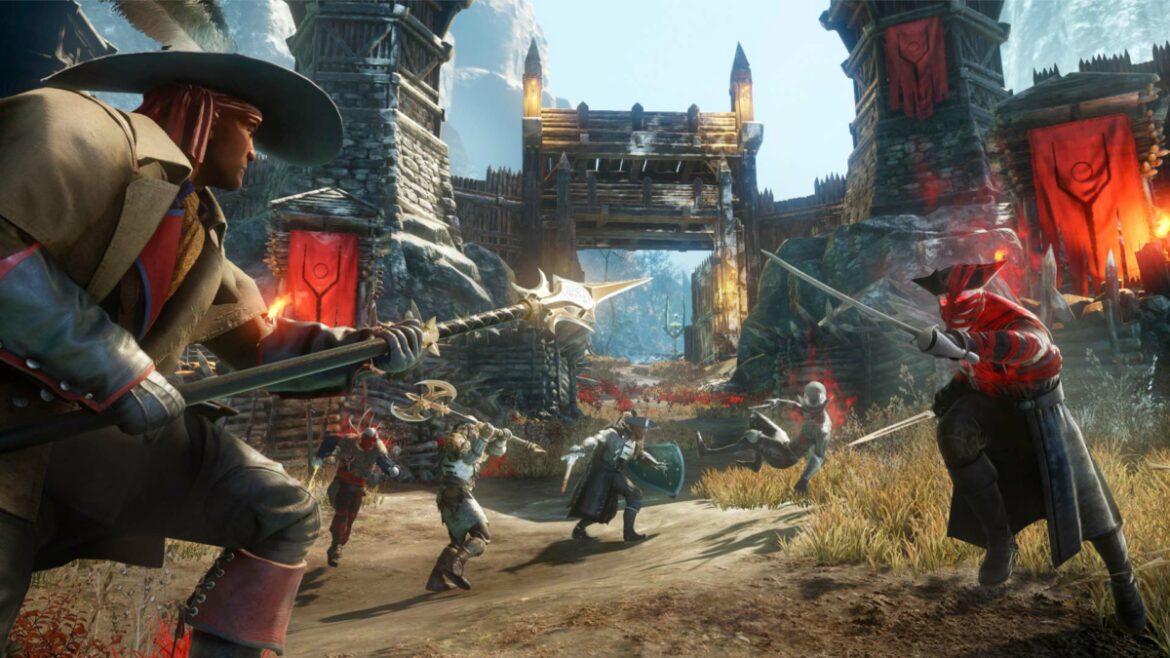 The Amazon Games MMORPG, New World, has become one of the most played titles on Steam, and for a reason. The vast open-world game offers a lot of entertainment for players. It is filled with quests that will have you traversing the America-based world and collecting weapons, materials, and armor.

Related: How to Salvage Gear in New World

The Minor Rune of Holding is an integral part of crafting the Adventurer’s Satchel. The particular item increases inventory capacity so it is especially important.

To make things easier for you, we will divide this guide into steps:

If you don’t have enough Faction Tokens, here’s how to get them.

How to Get Faction Tokens in New World

Unfortunately, the only way to get the Minor Rune of Holding is through the store. However, Faction Tokens are obtained through faction-specific quests. Go to a faction leader, and when you speak with them, instead of ‘Buy Rewards,’ focus on the quest list.

Easy PvE task will net you 250 tokens, so it’s easy to reach the desired 1,000 tokens in a short time. Once you complete the quests, return to town and get your Faction Tokens.

If you need help with the crafting system in New World, here is everything you need to know about it.