How to Get the Silhouette Icons in Overwatch 2

When can you get a mugshot of your favorite Overwatch hero? 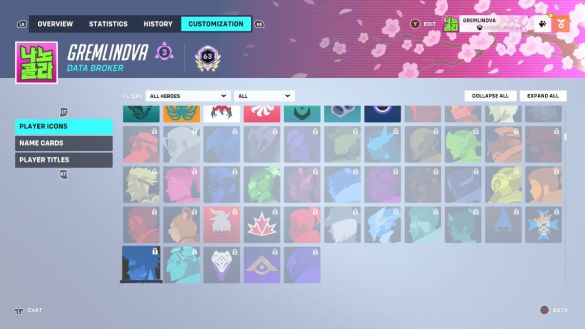 Overwatch 2 is a team-based shooter with a colorful cast of heroes that players can choose from, each with their own unique abilities. And while the game has been mired in controversy since its release, many new fans and dedicated veterans are slowly attempting to unlock every challenge, title, and icon available.

And while this is quite the grind for even the most Stalwart Heroes, one set of icons remains stubbornly out of reach: the Silhouette set.

How to Get the Silhouette Icons in Overwatch 2

Players who have dug through the less than user-friendly Challenges menu may have stumbled across the Hero Icons buried at the very bottom. These icons can only be unlocked by winning games, with five icons wins netting you a (much uglier) outline of the hero’s face, and 20 wins netting you a more stylized and symbolic representation of the hero.

But these are all icons that veteran players have likely obtained at some point during their Overwatch 1 career. And nowhere here is there a hint of how to obtain the Silhouette icons for your favorite heroes.

Because the long and short of it is that, currently, these new icons are unavailable for players. Many speculate that these new icons will be unlocked with the PvE mode, which might be hinted at with icons like Iris, the secondary Junker Queen emblem, and the Royal Emblem. But what further feeds this theory is that the annual New Year’s hat for 2023 is already visible beneath the Winter Wonderland tab.

We currently have no release date for the PvE mode of Overwatch, which promises to add a bit more narrative structure to the game, but fans can expect that it will release sometime in 2023. Until then, can I offer you a Cute Icon in this trying time?