How to Get The Jet Pack in High On Life 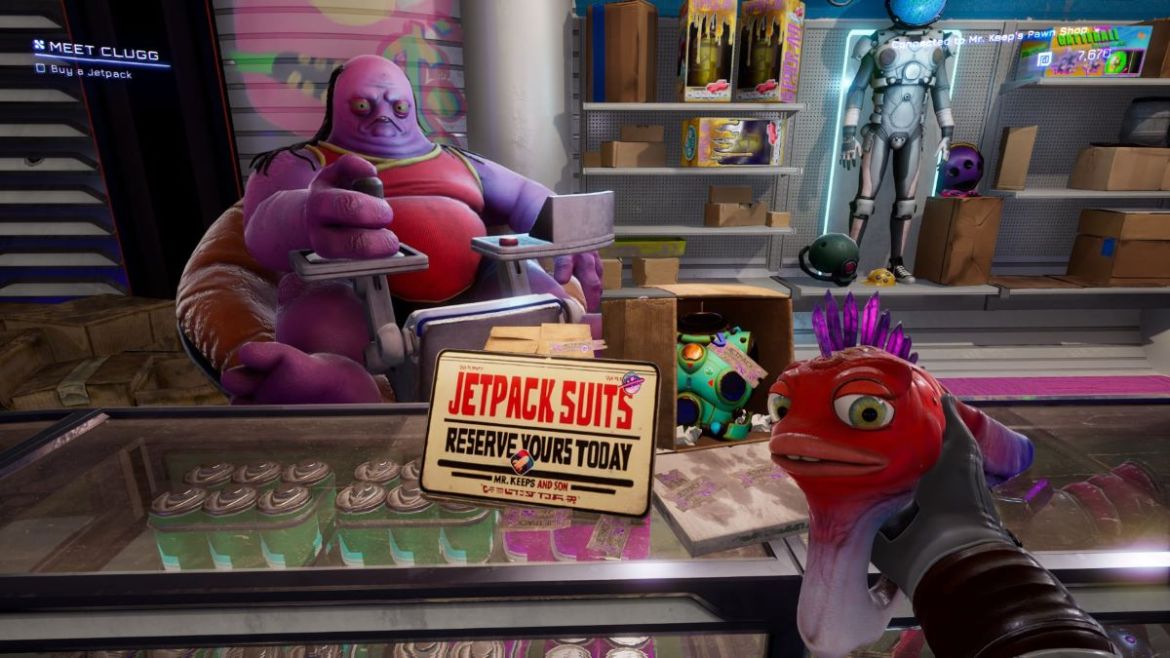 High On Life is a unique blend of comedy, science fiction, and so much shooting. As Earth’s primary savior (you’re the only one with a bounty hunting suit and a talking gun), it’s your job to take down the deadly drug cartel G3. G3 has bounced from planet to planet, churning up the inhabitants into special, mind-bending drugs that quickly addict those that use it.

As you progress through the game, more mechanics will slowly become available to you. From the knife that, of course, stabs people but also pulls apart its body to use its intestines as a grappling hook to the odd fish gun that shoots crystals, shoots through walls, and can somehow freeze bubbles of time.

How to Get The Jet Pack in High On Life

All these weapons are helpful, but there’s something even more essential than all of that, especially if you’re thinking about hunting down the dozens of Luglox Chests scattered across each environment which are the primary way to upgrade your suit and guns. Or buy random nonsense, like dentures.

The Jetpack is one of the most useful things you’ll get on your quest to save humanity. But how do you get your hands on it?

To obtain the jet pack, you’ll need to defeat 9-Torg (the evil ant clone), Krubis (the vaporware mine tyrant), and Douglas (the bowl-headed sadist). Doing so involves taking each of their three bounties. It doesn’t matter which G3 boss you beat first, whether it’s Krubis or Douglas. But defeating both is essential.

Once that’s done, come home and turn in your bounty. Gene will ask to talk on the couch, and you should do so. Sitting on the couch also allows you to watch Tammy and The T-Rex, 1994 sci-fi comedy in its full glory, if you so wish. But Gene will probably be annoying the entire time.

Related: How to Get Don’t Knife the Hand That Feeds Achievement in High On Life

Gene will tell you that he’s been speaking to the mayor, who wants to chat with you. Chat with the mayor, accept his help and promise to take down the G3 menace, then return home. Gene will finally let you purchase the jet pack.

You can explore during this period, but you’ll need to go upstairs to your bedroom to take a nap if you want that jet pack. Once you do, you’ll get a few sentimental lines from Kenny, then a short cut scene. When you wake up, you’ll be standing on your roof with a jet pack strapped to your back.

Finally, you can fly! Not only do the skies belong to you, but so does the achievement, Are you Packin’? Worth 20 gamerscore.