How to Get Sneasel in Pokemon GO - Prima Games
Tips

How to Get Sneasel in Pokemon GO

Look at this devious little monster. I love him. 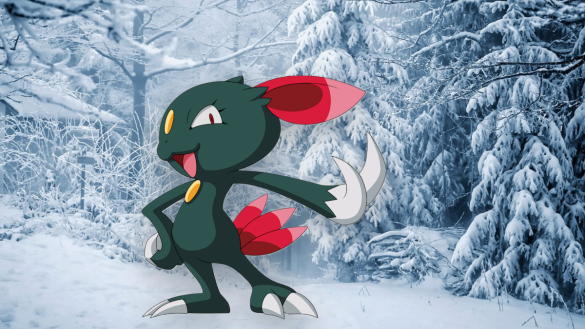 If Sneasel is eluding you in Pokemon GO, you’re not alone. This Dark and Ice-Type Pokemon has been in the game since 2017, but many trainers still haven’t had the chance to add it into the Pokedex. But that doesn’t mean it’s impossible. Here’s how you can find Sneasel in Pokemon GO.

How to Get Sneasel in Pokemon GO

I’ve been a huge fan of Sneasel since it was introduced in Generation 2, but I, like many, struggled to add Sneasel to my collection. But there are a number of ways to find this mischievous Dark-Type Pokemon.

Sneasel can be found most commonly as a Wild Encounter and is theorized to appear most frequently in urban areas at night, though this isn’t confirmed. It can also be found, periodically, as 1-Star Raid boss and from hatching 7 km eggs.

But, of course, it’s likely you’ve hatched tons of eggs, fought plenty of raids, and spent ample time in cities without ever encountering a Sneasel. It certainly seems like a rare spawn. Because of how difficult it can be to stumble across Sneasel in the wild, it’s frequently best to wait for an event that includes Sneasel.

Sneasel has appeared in over 17 different Pokemon GO events, with the most recent one being on February 26, during the Pokemon GO Tour: Johto. And while we’re unlikely to get an encore because 2023 will be dedicated to Hoenn, Sneasel is definitely due to appear in another event.

Once you get Sneasel, actually evolving it can be even more difficult. You’ll need 100 Sneasel candies and it will then need to be given a Sinnoh Stone, which is obtained by claiming Research Breakthrough rewards or by participating in Trainer Battles.

Related: How to Get Shiny Shinx in Pokemon GO

But once you have Weavile, you won’t regret the amount of time you spent trying to catch Sneasel. Weavile is an exceptionally good Pokemon in PvE, especially in 3 and 5-Star raids.