How to Get Shiny Zekrom in Pokemon GO - Prima Games
Tips

How to Get Shiny Zekrom in Pokemon GO

For a limited time, this shiny boy can be yours 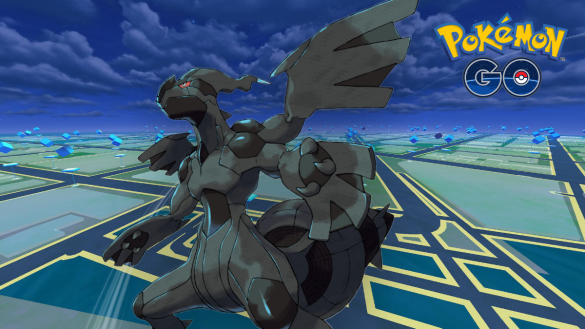 Look, there are few Legendary Pokemon as cool as Zekrom. I know it; you know it. It’s a fact. But you know what’s even cooler than Zekrom? A shiny Zekrom. It’s almost imperceptibly different from the original and yet it carries around with it a shower of sparkles. Amazing. So, how can you get a Shiny Zekrom for yourself in Pokemon GO?

How to Get Shiny Zekrom in Pokemon GO

Zekrom initially released on June 16, 2022, but between January 1 and January 20, Zekrom can be encountered in 5-Star Raids. This is part of the Twinkling Fantasy event for Pokemon Go, which puts a spotlight on both Dragon and Fairy-Type Pokemon.

Your likelihood of encountering a Shiny Zekrom is fairly low, as it’s estimated that it might appear once every 20 raids. But if you do encounter it, you’ll need to beat it. Here’s what you can expect when you try to make this Legendary yours.

Related: How to Get Relicanth in Pokemon Go

To take on Zekrom in a 5-Star Raid, you’ll need between 2-6 trainers. Its Raid Boss CP will be at an impressive if not outright intimidating 53,394 and its typing is Dragon-Electric.

The moves it will bring to the fray are:

Its weaknesses are Dragon, Fairy, Ground, and Ice. And the possible Pokemon you can bring to try to defeat it are:

Yeah, it’s essentially just all Dragon moves, all the time. If you don’t have any of these Pokemon, a Pokemon that’s resistant to Dragon or Electric Moves and has at least one Dragon, Fairy, Ground, or Ice attack is your best bet.