How to Get Shiny Noivern in Pokemon GO - Prima Games
Tips

How to Get Shiny Noivern in Pokemon GO 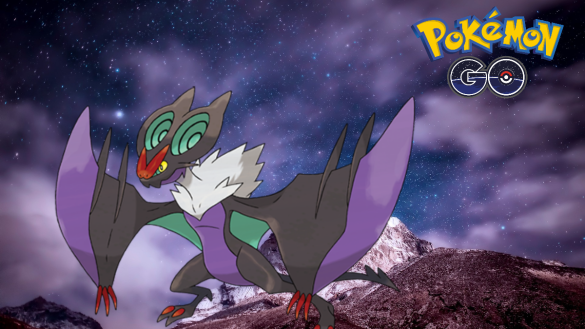 The next Community Day has been announced and fans of the Flying-Dragon Types Noibat and Noivern will be thrilled. Yes, on February 5, 2023, from 2PM to 5PM local time, you’ll be able to finally grab one of these cute giant bats for yourself. But can you get a Shiny Noivern in Pokemon GO?

How to Get Shiny Noivern in Pokemon GO

Unfortunately, you won’t be able to find Noiverns in the wild, much less Shiny Noivern. But what you can get your hands on is Noibat. Noibat will be appearing with increased numbers on February 5.

While there’s no guarantee you’ll find a Shiny Noibat (that can then be evolved into a Shiny Noivern), your odds will greatly increase. Generally, the likelihood of finding a Shiny Pokemon is 1 in 500, or .2%.

But if your luck isn’t fantastic, you can also attend 4-Star Raids to team up with your friends and try to catch Noibat there, instead. These raids will go from 5PM to 10PM local time after the event. And once completed, Noibat will also begin appearing around the Gym that hosted the Raid for 30 minutes, giving you an extra opportunity to farm Noibat encounters. But it’s important to note that Remote Raid Passes cannot be used to join these Raids.

Related: How to Get Clefable in Pokemon GO

You’ll also have a chance to encounter Noibat’s during photo bomb encounters, with five available chances each day.

Once you catch a Shiny Noibat and evolve it, it will evolve into a Noivern that can learn the Charge Attack Boomburst. But you must evolve it between 2PM and 10PM local time.

Good luck getting that Shiny Noivern, trainer! It might be a grind, but isn’t that green bat worth it?