How to Get Shiny Mega Lopunny in Pokemon GO

I honestly just want this rabbit for the aesthetic 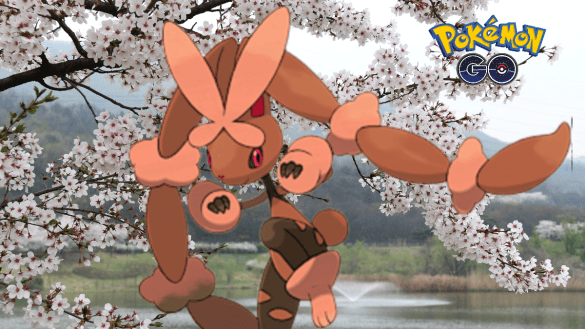 It’s almost time for Lunar New Year, and as someone who’s an ardent fan of mooncakes, firecrackers, and good food, it’s an understatement to say I’m excited. Niantic will be celebrating the Year of the Rabbit with a distinctly Rabbit themed, meaning this is the best time to try to get Shiny Mega Lopunny in Pokemon GO.

Here’s how to do it.

How to Get Shiny Mega Lopunny in Pokemon GO

The Lunar New Year Event will run from January 19, at 10 AM local time to January 23, 2023, at 8 PM local time. During that period, all members of the Pokemon rabbit families like Bunnelby and Buneary will appear more frequently, whether in the wild or from hatching eggs.

But if you want a Mega Lopunny with a bit of sparkle and pink accents, look no further than the Mega Raids. Between January 19 and 23, Mega Lopunny will begin making appearances here. You’ll need at least two people to start the raid, but the more people, the better.

Your likelihood of encountering a Shiny Lopunny is low, as it’s estimated that it might appear once every 20 raids. But if you do encounter it, you’ll need to beat it. Here’s what you can expect when you try to make this Bunny yours.

Related: How to Get Shiny Zapdos in Pokemon Go

Mega Lopunny is a Normal and Fighting-Type Pokemon with weaknesses to Psychic, Flying, Fighting, and Fairy Types. It’s strong against Dark, Rock, Ice, Normal, and Steel, so keep those Pokemon on the bench.

It’s even better to try to fight it if the weather happens to be Cloudy or Windy weather. Cloudy weather will boost Fairy-Type attacks (though it will also boost Lopunny’s Fighting-Type attacks), and Windy boosts Flying, Dragon, and Psychic-Type Pokemon.

The absolute best Pokemon to bring into a Raid against it are:

But any sufficiently strong Pokemon with the Mega Lopunny’s listed weaknesses will do.

As for the attacks, you can expect Mega Lopunny to throw at you:

While Hyper Beam can deal significant damage, it’s also fairly easy to dodge. The real attack you’ll have to worry about is Fire Punch, which can whittle you down faster than you might expect.

Good luck getting that Bun, Trainer!