How to Get Love Balls in Pokemon Scarlet and Violet

The Ultimate Choice for all your kawaii uwu needs 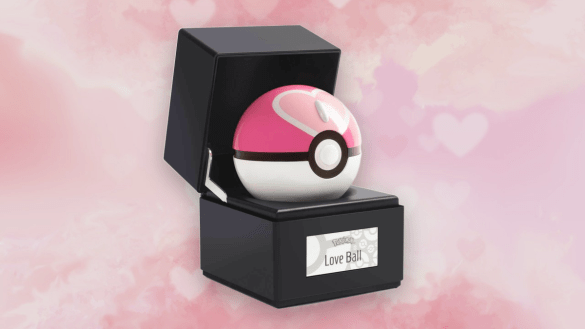 Look, I’ll come out and say what we’ve all been thinking: Love Balls are the best capture capsules to have ever been created, ever, in Pokemon history. Close second or third: the Heal Ball and Quick Ball. I will not be taking debates or comments.

But actually getting your hand on Love Balls can feel impossible. It’s likely you’ve completed the game without ever finding one. But don’t despair. Here’s how to get Love Balls in Pokemon Scarlet and Violet.

How to Get Love Balls in Pokemon Scarlet and Violet

For those not in the know, a Love Ball offers more than being absolutely adorable. It also has the added effect of making it easier to catch Pokemon of the same species with the opposite gender of the user. If the Pokemon is the same species and has the opposite gender of the user, the capture rate becomes 8x; if not, the capture rate is 1x. Not bad, right? But it does imply that the Pokemon you’re trying to catch is in love with you and not the Pokemon it’s battling.

You’ve likely noticed that Love Balls aren’t for sale anywhere across the Paldea Region in Pokemon Scarlet and Violet. That’d be too easy, right? Nope, if you want your team in Love Balls or to get the Love Ball’s catching effect, you’ll have to put in some significant effort.

There are two main methods for getting a Love Ball:

You’ll have to hope your luck is good and start farming auctions at Porto Marinada. Head there and check the stalls to see if the Love Ball (and yeah, it’ll just be one) is for sale. If it’s not, save, then shut your game down. Move your console’s timer forward by 72 minutes. Reopen the game and check the stocks. If there’s still no Love Ball, rinse and repeat until it appears.

Fair warning, though. Love Balls don’t come cheap. It’s almost a meme on Reddit how much these things run for, with the first offering price being as high as 100,000 Pokedollars. You’ll likely be paying several hundred grand more than that by the end of the auction, though, so make sure your wallet is fat and stacked.

A far easier (though more time-consuming) method is to farm out Ace Academy Tournaments. These tournaments are available after you complete the game and have beaten all the gym leaders. Once that’s done, you can go through a series of battles with trainers you’ve previously met. When you come out victorious, you’ll be granted a series of rewards, including a random rare item that might be a Love Ball.

Related: How to Rematch Team Star Leaders in Pokemon Scarlet and Violet

I recommend Method 2, even though it’s more time-consuming, for two reasons. You can AFK this tournament by fighting it with only one Pokemon (ideally a Pixilate Sylveon) and having something hold down your controller’s A button. This is the method people use to farm money in Pokemon Scarlet and Violet, and it can be left running overnight. By the time you return, it’s possible that you still might not have a Love Ball in your inventory, but you’ll definitely have enough money to buy whatever you want in the game, including a Love Ball at the Porto Marinada auctions. Tip: remember to slap an Amulet Coin on your Pokemon before you send it out to war. Your wallet will thank you.