How to Get into the Secret Library in Pentiment

Noooo, of course it isn't creepy for you to lurk in the walls 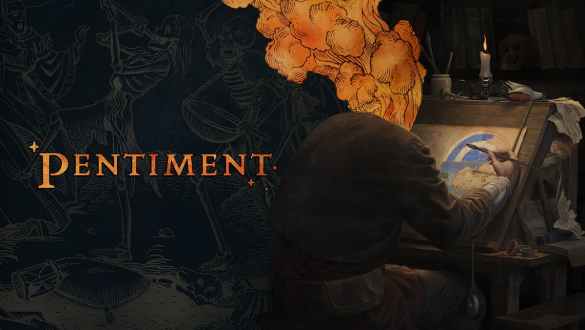 There is no shortage of secrets between Tassing and the ancient abbey in Kiersav. You need only look at the ancient ruins that stretch between the two to know that there is something more beneath the surface. But on the very first day, you can begin to uncover some of them. Here’s how to get into the secret library in Pentiment.

How to Get into the Secret Library in Pentiment

Anders begins his day at the scriptorium, but when the rest of the brothers leave for lunch, he lingers to work on his masterpiece. He spies Brother Ferenc doing some suspicious, but what matters now is the conversation with Sister Illuminata.

In speaking to the good Sister, she’ll hint that there is a way to get into the library, as ample passages work their way through the abbey. But where is this passage, and can you enter it?

You can and, in fact, you’ve likely already passed it on the way to the scriptorium.

Related: The Ultimate Guide to Every Pettable Animal in Pentiment

Leave the scriptorium and head into the Old Bailey. From here, return to the church. The church is the hub for several unique places, but head towards the crypt, beside the tower. This short hall is full of tomb markers, and it’s here that the monks and sisters interred in the garden will eventually be moved.

But, more than a resting place for the dead, it’s a place of secrets. Head to the very end of the dimly lit hall, past the painting of Abbot Dietrich. You’ll see a carved marble relief of the Virgin Mary and baby Jesus. You’ll notice in Baby Jesus’ hand is a large key. Click this massive key, and you’ll gain access to the secret library, as well as the achievement, Cryptic Solutions.

You won’t be able to head through the passage yet, but Anders will note that it leads to the library. This is how the sisters are able to move, unseen, through the church so as not to distract the brothers. This secret passage is the most obvious secret the abbey has to offer, but how many more are there?