How to Get into Arma Reforger Early Access - Prima Games
Tips 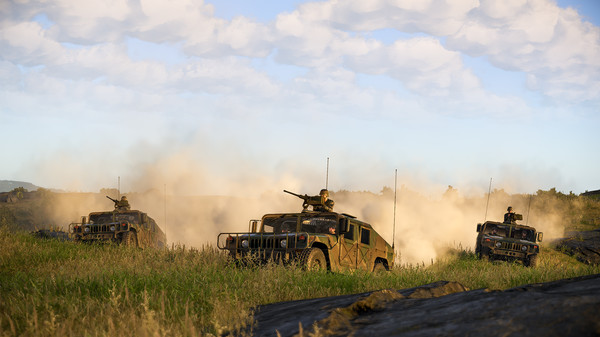 Arma Reforger is a new Early Access project. It isn’t the next mainline Arma game fans are waiting for. Arma 4 is still in development, but this game will bridge the gap for players in the meantime who want a newer game to play. Here’s how to get into the Arma Reforger Early Access period.

If you’re looking play Arma Reforger during its Early Access period, it’s straightforward to get in. You need to purchase the game on Steam, and you’ll get it. If you want to access the Xbox Early Access, you can do the same.

Just purchase it on your Xbox; it’s part of the Xbox Game Preview system, which allows titles in Early Access to be on the console if the developer so chooses.

That’s all you need to get into the Arma Reforger Early Access. It really is that easy. If you’re playing on Xbox, you can take advantage of a free trial if you’d like to try it out before committing the $29.99.

Here is what you can check out during the Early Access period:

Everon
Return to Everon, a 51 km² mid-Atlantic island in the Malden archipelago. Revisit familiar locales from Operation Flashpoint and revel in the natural beauty of a massive open-world; a stunning landscape of pine and broadleaf forests, flowing rivers, ponds, idyllic towns, and austere mountains, surrounded by pebble beaches and rocky coastlines.

Conflict
Join players online and experience realistic Cold War combat as a US or Soviet Army soldier. Capture strategic positions, dominate the battlefield, and work with others to secure objectives in a dynamic, unforgiving environment. With a selection of period-authentic weapons and vehicles, recreated in meticulous detail, Arma Reforger‘s multiplayer game mode returns you to war.

Game Master
Control events, create unique missions, and guide players towards victory in Game Master — or submit yourself to the challenges devised by all-powerful creators and fight your way through a responsive sandbox where anything can happen.

Multiplatform
Deploying on both Xbox and PC for the very first time in the Arma series, Arma Reforger‘s modded content is now available to all and can be downloaded by console owners from the Workshop, a content creation sharing repository, exclusive to the game.

Multiplayer
Curate events for friends behind the fog of war as Game Master in Arma Reforger‘s real-time scenario editor or team up and go head-to-head with others across a sprawling island terrain in Conflict.

Workbench
Thanks to the Enfusion engine, you can mod Arma Reforger using the exact same tools used to make it. Introduce new mechanics, assets, textures, and more. The only limit is your scripting ability and imagination. Reshape the game and share your own creative vision!

Workshop
Expand the game with original modded content or make and share your own! The Workshop is Bohemia Interactive’s own integrated, repository service, meaning console players can now unleash the same creative possibilities as PC users.