How to Get Hisuian Avalugg in Pokémon GO - Prima Games
Tips

How to Get Hisuian Avalugg in Pokémon GO 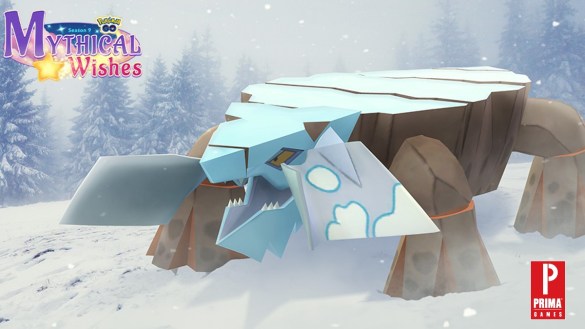 Bergmite got plenty of attention in the first part of the Winter Holiday 2022 event with a brand new shiny form, but now it’s time for Hisuian Avalugg to take over the spotlight in Pokémon GO. Another Hisuian form will make a debut just in time for Christmas so that Trainers can have one more icy gift.

Considering this Pokémon isn’t a Legendary, Trainers won’t have to worry about taking it down in a Raid with high CP requirements. That means the Iceberg Pokémon will be more accessible to everyone in the event. If you want one for yourself, keep reading on to learn how to get Hisuian Avalugg in Pokémon GO.

Pokémon GO – How to Get Hisuian Avalugg

On December 22, the second part of the Winter Holiday event will kick off in GO. Just a couple of days later, on December 24, Hisuian Avalugg will make a debut as part of a culmination event. Trainers can find the Iceberg Pokémon appearing in Three-Star raids during the Winter Wonderland event on that same Saturday.

The Winter Wonderland event includes a Collection Challenge and a separate Raid day to promote the new Hisuian Form. Starting at 2 pm local time on December 24, the Raid day will run for three hours until 5 pm local time the same day. In that time, Hisuian Avalugg will appear in three-star Raids all over the place, and there will be a high chance of catching a shiny during the reward sequence.

Hisuian Avalugg will likely appear once again in Pokémon GO after the Raid day ends and during the remainder of the Winter Holiday Part 2 event. But if you want to ensure that you can add this form to your collection, make sure you can participate. Spinning Gym Discs will also give you up to five Raid Passes on December 24, so collect them while you can and complete some Raids.