How to Get Hatsune Miku Skins in Fall Guys

Wait, World is Mine? Always has been. 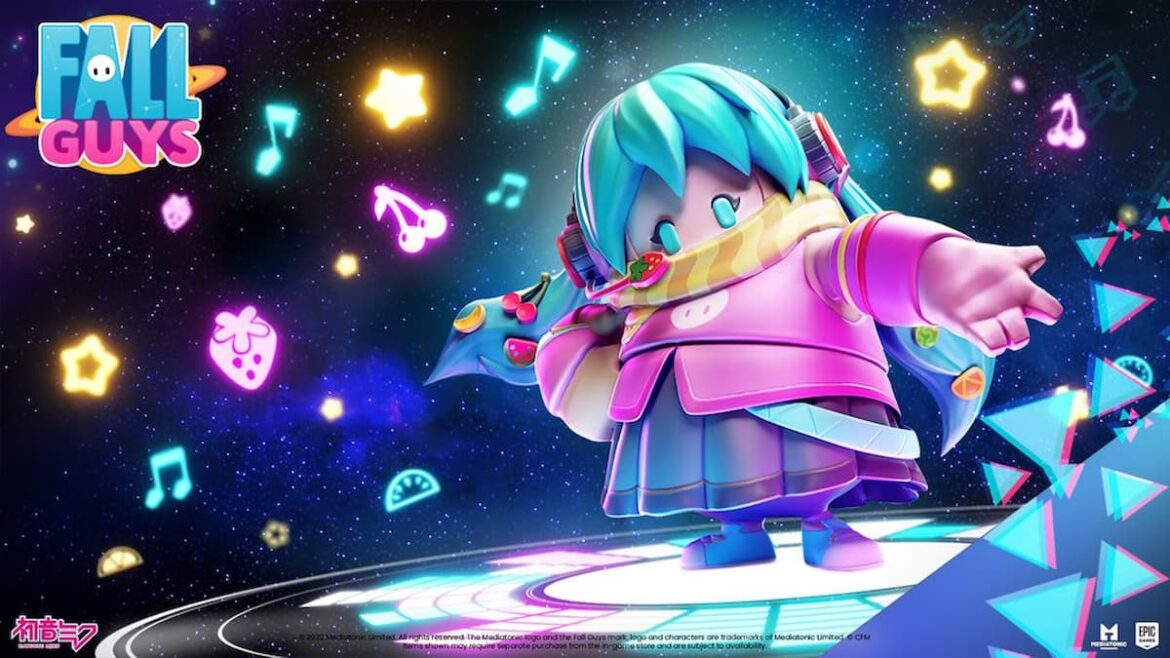 Related: What is the Sound Of The Future Event in Fall Guys? – Answered

There are currently two different Hatsune Miku costumes in Fall Guys – one you can purchase, and one you’ll have to earn through the Season Pass. Check them out below:

For a limited-time, the Fall Guys in-game shop has a special for the Blunderland Miku costume set for 800 Show-Bucks (normally 1200 Show-Bucks). You’ll get both the upper and lower pieces with this offer.

Alternatively, if you’re a hardcore Miku fan, you can grab Miku’s Blunderland Bundle for 1000 Show-Bucks (normally 1600 Show-Bucks), which includes the full costume set as well as an extra emote, nameplate, and nickname to use.

Along the way, you’ll earn tons of other space-themed costumes, including Xenomorph, Borg, Spock, and many more. Season Two is just kicking off (at the time of this writing), so you’ve got plenty of time to fight your way to those shiny golden Crowns.

Related: All Fall Guys Survival Rounds and Strategies to Win Them (2022)