Nothing says authority like a bit of dented metal 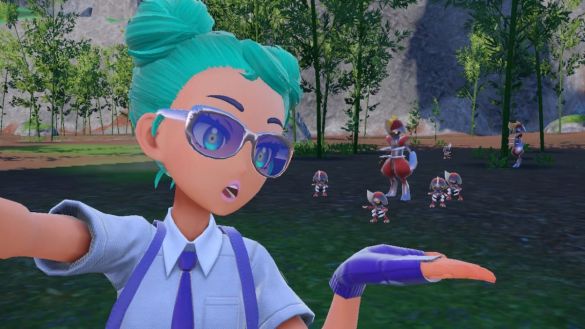 Pokemon Scarlet and Violet have brought to the franchise dozens of new Pokemon and new evolutions on old favorites. Finally, Dunsparce and Girafarig get their own secondary evolutions. But there are also Pokemon who are finally seeing a third stage. Bisharp, who has charmed Trainers for generations with its Dark-Steel typing and fantastic design, is one of those Pokemon.

But to see Bisharp evolve into its Shogun and Chess-inspired evolution, Kingambit, you need to do something very specific. You’ll need to defeat three Bisharp holding a Leader’s Crest. So, how do you find a Leader’s Crest, anyway?

Related: What Area Has the Highest Level Pokémon in Pokémon Scarlet and Violet? (via Gamer Journalist)

Leader’s Crest serve only one purpose – to help Bisharp evolve. But finding it can be difficult. This shard of a dull blade can’t be found in any shop, nor as one of the overworld sparkles on the ground. To find a Leader’s Crest, you’ll have to find a Bisharp holding one, then capture it to take it.

To find a Bisharp holding a Leader’s Crest, you’ll need to go to North Province Ara Two. This area, which is full of bamboo groves, is the only natural spawn point for Bisharp. From here, you’ll need to seek out Bisharp that are surrounded by 3 to 4 Pawniard. Fight and capture one of these Bisharp and it should be holding the Leader Crest. Any Bisharp you find standing by itself will be unlikely to be holding one.

I found that the best spawns for these groups of Pawniard and Bisharp were near the falls, a little South and West of where the Pokemon Center is. It’s also where you can occasionally glimpse a flying Dragonite.

Good luck getting that Leader Crest!

Related: Where to Find Dragonite in the Wild in Pokemon Scarlet and Violet