How to Fish in Fire Emblem Engage - Prima Games
Tips

How to Fish in Fire Emblem Engage

You can't let the cats do all the work 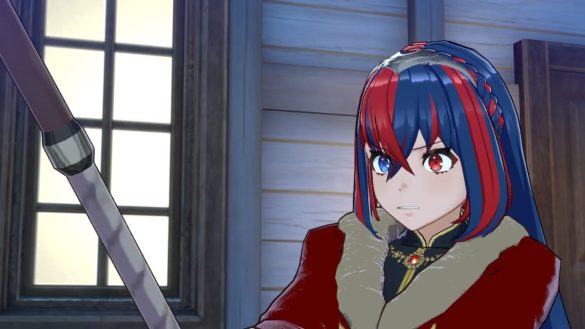 Something about the Somniel is just cozy. Perhaps it’s because it’s a bastion of tranquility, far above the corruption of the Fell Dragon, where you can have endless rounds of tea with a princess. Or its stable of adorable animals that you’ve adopted. But what really makes the Somniel feel like a cozy indie game is the fact that you can fish! Here’s how to fish in Fire Emblem Engage.

How to Fish in Fire Emblem Engage

If there’s one thing many fans of Fire Emblem agree on, it’s that the activities on the Somniel are optional. And that includes fishing! But fishing won’t be immediately available. Once you’ve made it through the early missions, you’ll get a notification in the Somniel that fishing is available.

Just head over to the Pond using your map, and you’ll find that one of your recruited buddies will be standing on the dock. Speak to them, and they’ll allow you to go fishing. From there, you’ll even have the chance to fish with the Spirit of the Somniel, if it likes you enough! It’s good to include this cat-dog, as it gives you a fishing assist.

Once you’ve told whoever is at the dock that you want to fish, you’ll be given a Modest Rod. You’ll have three options to fish per in-game day, which can be reset by going to sleep in your room. There will also be three fish initially available to catch.

Aim your rod towards the ripples in the pond, then press A. You’ll be given a closeup of your fishing float. Once that fishing float is completely submerged, press ‘A’ again.

This will begin the hardest part of the fishing mini-game.

You’ll see the fish’s shadow, which will obviously resist being caught. Pull the rod in the opposite direction of where it’s going. Your goal is to drag it toward the light blue cone near the bottom of the screen. The moment its tail hits that light blue cone, spam ‘A’.

You don’t need to wait for it to be so deep in the cone that it gets the stars around its head. It’s far faster to chip away at its health whenever possible.

Eventually, you’ll wear it down enough to capture it, giving you both Bond Fragments and a fish ingredient for recipes. If this is your first foray into fishing, the ingredient is likely Fish Mince. But, hey, we all start somewhere!