How to Evolve Spewpa in Pokemon Scarlet and Violet

I've never seen a Pokemon as cozy-looking as Spewpa 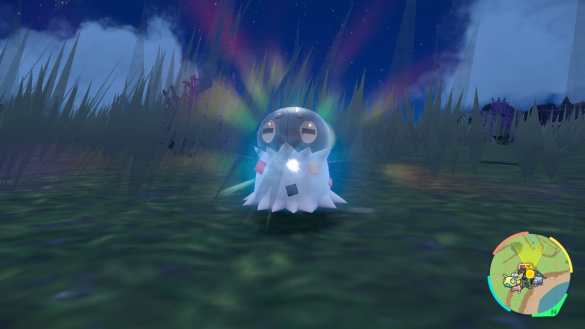 The Paldean Region has some of the best diversity in its regions than any other game in recent memory. Simply stroll down Poco Path at the very start of the game and you’ll be bombarded with the wild array of Pokemon you can catch. But between all the Hoppip and Lechonk is the little black and white caterpillar, Scatterbug!

Like many people, I was quick to add Scatterbug to my team and I was thrilled when it evolved into its distinctly cozy cocoon (or should I say pupa?) form, Spewpa.

But how do you reach its next stage?

How to Evolve Spewpa in Pokemon Scarlet and Violet

The Scatterbug family promises either adorable or fierce evolution, and spoiler: it’s the former. But how do you actually get your Spewpa to evolve?

While not every Paldean evolution is straightforward, just look at Pawmi and Finizen, Spewpa doesn’t require much. You only need to get it to Level 12. Doing so will allow your blanketed cocoon Pokemon to finally sprout wings and take to the skies as the pixelated scale Pokemon, Vivillon.

Related: How to Get Ditto in Pokemon Scarlet and Violet

And sad spoilers, your Vivillon will not be affected by the region your Dex is set in. It will only evolve into its Fancy Form, with its trademark green wings and flower-like patterns.

But what if your Spewpa just won’t evolve? If that’s the case, there might be a few issues. The most likely is that you’re leveling it up through auto-battling. If this is the case, get your Spewpa close to the next level and then engage in a real battle with another Pokemon to get it to level up. This should solve that issue. The second option is that it’s holding an Everstone, or you’re pressing B while it’s evolving.

Good luck getting that Spewpa to evolve trainers!