How to Evolve Rockruff in Pokemon Scarlet and Violet

I'm rebooting the Wolf's Rain anime one dog at a time 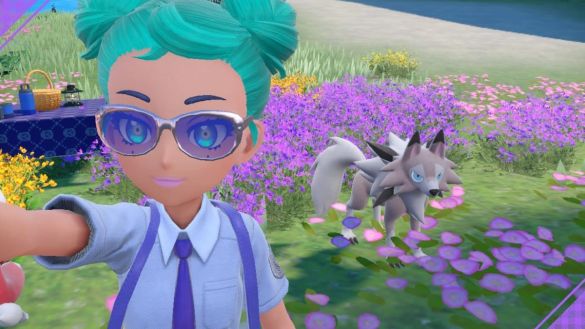 The Pokemon franchise has no shortage of adorable Pokemon, from Pikachu to Mew. But there’s one subgenre of Pokemon that’s garnered quite a fanbase: the dog types! United in how unrelenting cute they are in their first stage, and how cool they are in their second, dog Pokemon are beloved by pretty much everyone.

Unless you’re more of a cat person, I guess.

Related: All Cat Pokemon in Scarlet and Violet Listed

Rockruff, like its other four-legged and fiercely loyal counterparts, fits the mold in that it’s adorable. But where it deviates is its evolution. Rockruff is distinct because it has three forms it can take… but getting each one, or at least your favorite one, takes some precise timing. Here’s how to get them all.

How to Evolve Rockruff in Pokemon Scarlet and Violet

There are three possible options, all of them named Lycanroc. Who doesn’t like a good werewolf pun? Rockruff will evolve into a Lycanroc once it hits level 25. But what determines which form of Lycanroc it evolves into is the time.

How to Obtain Midday Lycanroc

If you want your Rockruff to evolve into Midday Lycanroc, which is distinguished by its pale beige coat, blue eyes. To obtain it, your Rockruff must reach Level 25 and evolve between 8 AM and 8 PM in-game. So, if the sun’s out, you’re pretty much guaranteed to get this form.

How to Obtain Midnight Lyanroc

If you want the edgiest of the Lycanrocs, you’ll definitely want to go for its Midnight form. Midnight Lyanroc stands on its hind legs, has a fringe that I would have killed for in high school, and glowing red eyes. To obtain it, your Rockruff must reach Level 25 and evolve between 8 PM and 8 AM in-game. So, if it’s dark and you Level up Rockruff high enough, you’re pretty much guaranteed to get this form.

How to Obtain Dusk Lyanroc

Dusk form Lyanroc is the hardest of the three forms to obtain. Like Midday and Midnight, you’ll need your Rockruff to be Level 25. But unlike the others, you can’t casually wait for it to be either light or dak out.

To evolve Rockruff into Dusk Lycanroc, it will need to have the ability Own Tempo. It must reach Level 25, and it must evolve at Dusk. You can try to level Rockruff and evolve it into any other form, but if it has Own Tempo it will adamantly refuse to evolve unless it’s the right time. It knows what it wants, and it wants to be an orange dog with a giant mohawk on its back.

If you’re struggling with figuring out when dusk is in Pokemon Scarlet and Violet, open your map. Above it, you’ll see a white bar that will have a compass, the title Map, and at the center a circular picture of the sun.

Once this picture turns orange, and the sun is half-set, you can evolve Rockruff.