How to Evolve Combee in Pokemon Scarlet and Violet

She is that bee 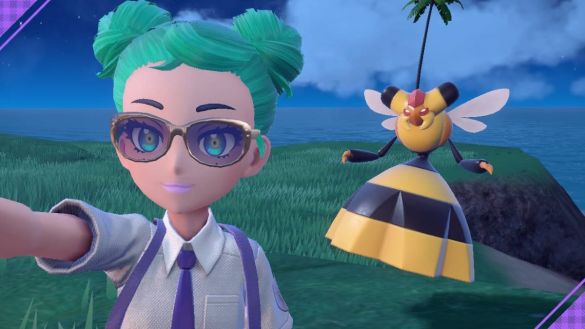 The Paldea region of Pokemon Scarlet and Violet is full of all the best Bug Pokemon. Bug Pokemon are surprisingly adorable and versatile, and as someone who finished the game with a Bug duo (Volcarona and Frosmoth), it’s hard to overstate just how underrated these great types are! And one of the coolest Bug types available in the game is Vespiquen.

Vespiquen has an almost Dark Souls-sequel design, as it keeps its Combee children in the geometric holes beneath its “skirt” and it secretes a pheromone that keeps them compliant and submissive to its whims. It’s one of the more interesting Bug types in Pokemon Scarlet, but actually evolving one of its pentagon-shaped Combee children into a new Vespiquen can be difficult if you’re uncertain how to do it.

How to Evolve Combee in Pokemon Scarlet and Violet

There are some obscure (if not outright tedious) ways to evolve Pokemon in Paldea’s Pokemon Violet and Scarlet. Rellor, one of the newest additions to the Bug typing, is one of those Pokemon, requiring 1,000 steps and a level to evolve. But Combee’s evolution is a little more straightforward.

For a Combee to evolve, it needs to be female. That makes sense, considering the “queen” implication in Vespiquen’s name. But don’t worry, you won’t need to catch a bunch of Combee and hope they’re female. With the overworld function in Pokemon Scarlet and Violet, you’ll be able to see if a Combee is female by looking for the orange diamond on the forehead of the lower pentagon in the Combee formation.

Related: How to Evolve Growlithe in Pokemon Scarlet and Violet