How to Evolve Capsakid into Scovillain in Pokemon Scarlet & Violet

Yeah, I love the Red Hot Bell Peppers. Listen to them all the time. 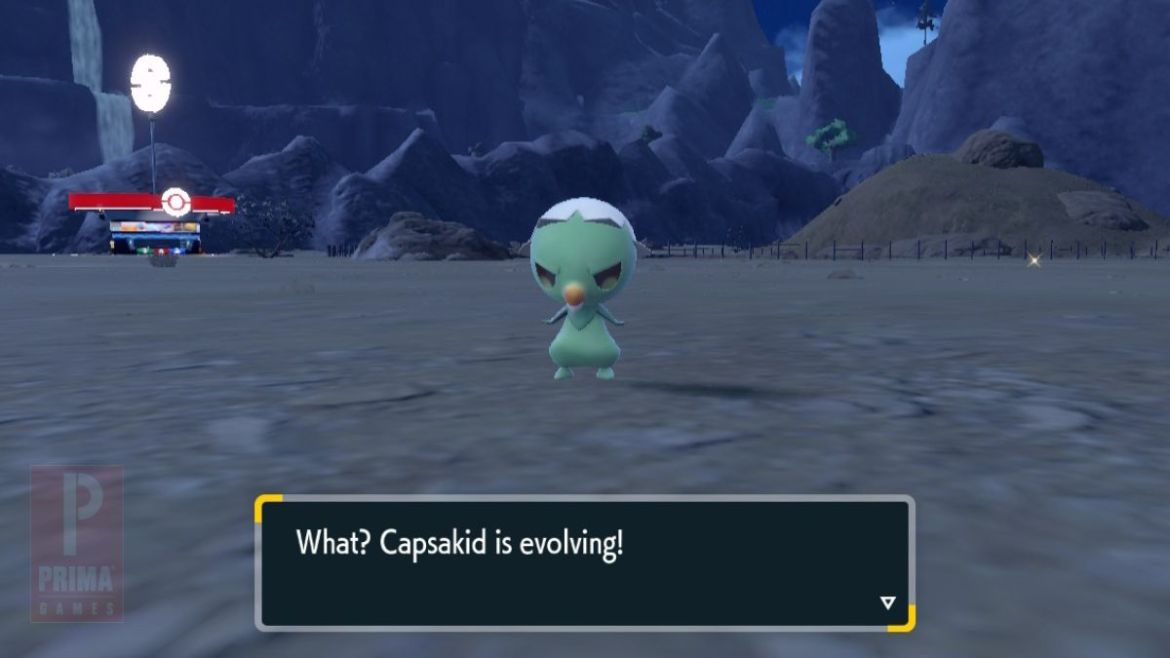 The Paldea region is home to many new Pokemon never seen before until Gen 9, which means you’d better get your Pokedex ready! One such new ‘mon is Capsakid, a weird little dude who looks like what I imagine a half-hatched Chao from Sonic the Hedgehog and something from Harry Potter would if they had a baby. Anyway, here’s how to evolve Capsakid into Scovillain in Pokemon Scarlet and Violet.

How to Get Capsakid in Pokemon Scarlet and Violet

If you’ve yet to catch yourself a Capsakid, you can do so pretty early on in your Paldea adventure. It spawns in West Province (Area One), which is the area just above Cortondo where Bug-type Gym Leader Katy resides.

They’re pretty small in the overworld so you’ll no doubt run into one without meaning to, even after nabbing one. Seriously, 50 hours into the game and I’m still accidentally stepping on them because they can be hard to spot if you’re going fast.

How to Evolve Capsakid into Scovillain in Pokemon Scarlet and Violet

Once you’ve added the Pokemon to your team, you’ll probably want to evolve it because let’s be real, its evolution is so much better. To evolve Capsakid into Scovillain, you’ll need to get your hands on a Fire Stone.

Related: How to Pair Dondozo with Tatsugiri and Unlock Secret Move in Pokemon Scarlet & Violet

Fire Stones can be picked up off the ground in East Province (Area Three) or bought from a Delibird Presents shop in Mesagoza, Levincia, and Cascarrafa once you’ve beaten three Gym Leaders.