How to Defeat the Gardener in Lone Ruin - Prima Games
Tips

How to Defeat the Gardener in Lone Ruin 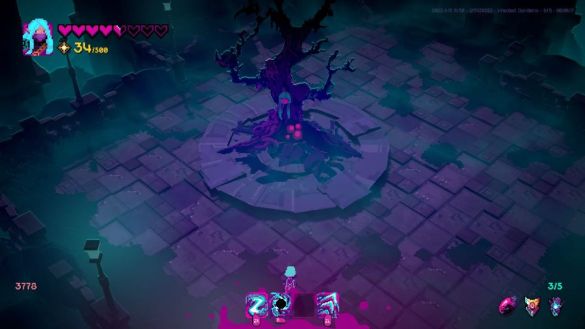 Lone Ruin is an unforgiving and fun bullet-hell dungeon crawler that is dripping with spells and unique items. And while much of the joy of this game comes from trial and error, you may be hard-stuck on the first boss, the Gardener. After all, it’s a huge step up in difficulty from previous levels.

Here’s how you can defeat the Gardener in Lone Ruin easily.

How to Defeat the Gardener in Lone Ruin

When it comes to defeating this boss, you want to set yourself up for success before you even begin your run. After the intro, speak to the Spell Peddler outside of the Lone Ruin’s entrance. They’ll offer a variety of spells, including spells that have already received an upgrade.

But the only spell we care about is Boomerang. Boomerang throws a magic disc toward the enemy for base damage of 25, and that disc can then be recalled. Upon recall, it will do more damage to the enemies that it crosses paths with.

But the reason Boomerang is so powerful is that if you don’t recall it, it will stay in one place, doing increasingly larger amounts of damage to whatever it touches. Like thousands of points of damage. In an ideal world, you would have found the Boomerang upgrade before you reached the Gardener and selected Multishot, which gives you two discs to work with.

And if you find that the boss is still giving you trouble? Try to pick up Blackhole, too. The Blackhole will move in the direction you point it, with its trajectory ending at a certain distance depending on its level. It, like the Boomerang, will do more damage the longer it’s on a target. Boomerang and Blackhole are an absolutely ludicrous combination that’s easily my favorite in the game. Together, they’ll get you much farther than the Gardener.

Once you’ve chopped that tree, you’ll get three rewards:

I’ve got a feeling that this isn’t the way the developers wanted you to defeat this boss. But it’s absolutely the easiest way to do it. Either way, good luck.