How to Change Your Player Title in Overwatch 2

It's easier than writing about how to do it 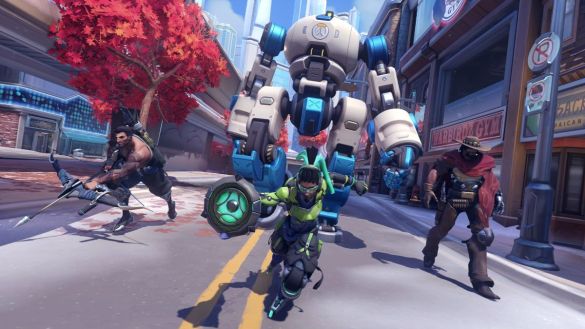 I’m absolute trash at Overwatch. For real; it’s like my natural distaste for shooters combined with my inability to give a crap about things like combat roles or objective points or something. I dunno; I did alright in Team Fortress 2 so perhaps it’s just a subtle mechanical thing I can’t pinpoint. Anyway, I say all that because I don’t have any Player Titles in Overwatch, much less Overwatch 2. So I can’t speak to how to unlock them. But I can tell you how to change them! I can’t carry a team but I can read words.

To find where the Player Titles live in Overwatch 2, your first task is to click on the Career Profile option on the title screen. This is one of the smaller text options, which I guess means you’re a nerd if you actually want to click on it. Don’t blame me, blame Blizzard’s UI team! Once you click on Career Profile you’ll see various options. Unbelievable.

For more help with Overwatch 2, you can check out our other in-depth guides, such as how to level up the Battle Pass, and how to launch the game on your PC. Hold on, no, we don’t have that last one, sorry. I just kind of assumed. My bad!