How to Change Party Members in One Piece Odyssey 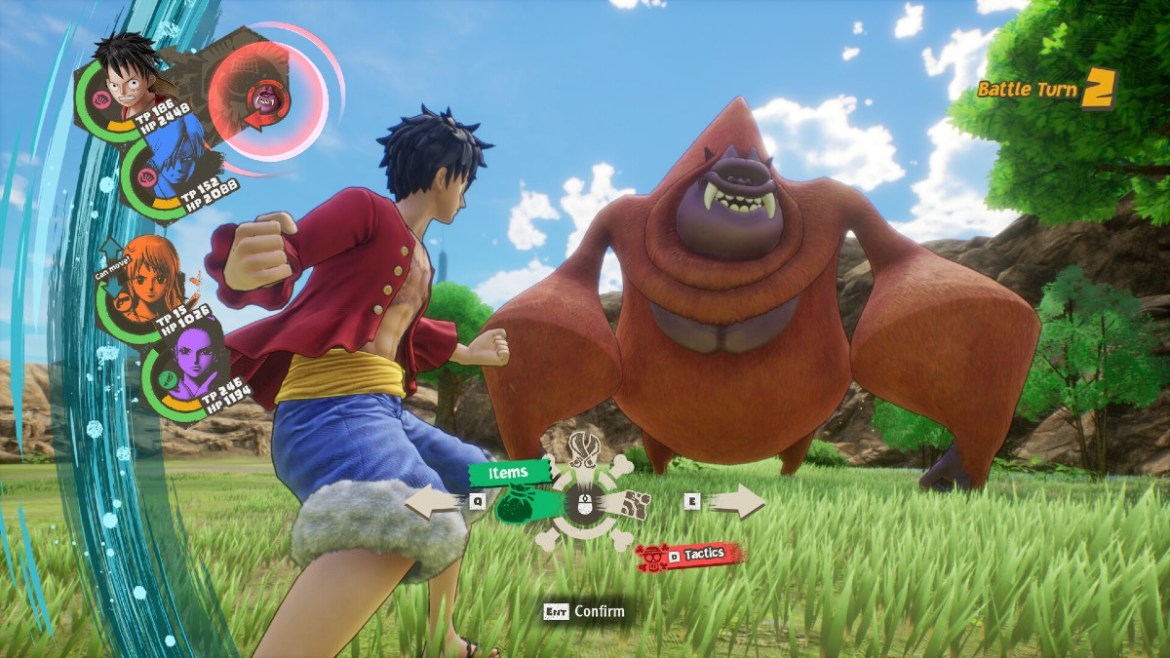 One Piece has a massive main cast, with the Straw Hat Pirates comprising way more members than you can fit in the standard JRPG battle party. So of course you can’t just have the whole pirate crew available at once. The good news is though, you can swap members in and out during battle without using up a turn, not unlike Final Fantasy X. Apparently the UI is a little unclear though, and some folks are having trouble sussing out how to actually do that. So here’s how to change party members in One Piece Odyssey.

How to Change Party Members in One Piece Odyssey

In battle, you’ll need to utilize the Tactics menu. While most options on your turn are governed by the dpad, to get to Tactics you press the Y button (Xbox) or equivalent. Then a new menu pops up, and you want to select the one that says, “Swap Battle Crew.” That’ll take you to a new screen with all your available party members in a row.

Related: All Achievements and Trophies in One Piece Odyssey – Listed

On this screen, simply select the character you want, then the character you went to send back to the bench. Or the other way around. Confirm, and the battle will resume with the new party member in place. And that’s how that works. You can set this up outside of battle too in the pause menu, which is pretty much set up the same way.

As an aside, you can change the character you’re controlling on the overworld by pressing left or right on the dpad. You’ll need to do this for various character-specific obstacles you come across. Or if you just want to run around as someone other than Luffy for a change. Keep in mind certain characters will temporarily join the party as guests, and you can’t move them around.