Everything You Need to Know Before Playing We Are the Caretakers

Save the space rhino, save the world. 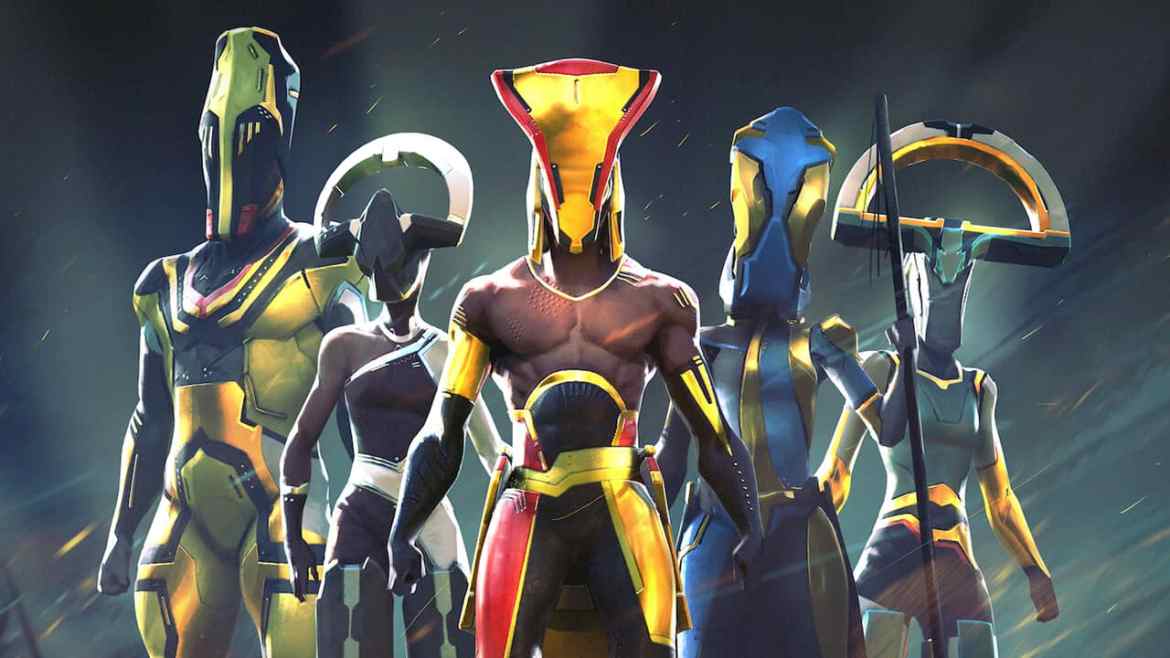 We Are The Caretakers is a new game developed by Heart Shaped Games, which brings together a post-apocalyptic afro-futurist world with JRPG-reminiscent combat. With unique (and frankly fantastic) character design, great music, and good writing, it’s likely you’ll want to jump right in.

But here are a few things you should know before you start We Are The Caretakers. Most of my advice will be most beneficial if you’re on Xbox, because that’s the platform I used.

Everything You Need to Know Before Playing We Are the Caretakers

If your game crashes (which it very well might, I’ve had it crash on me twice), don’t worry. Your progress is likely saved. But that’s also a negative because whatever’s done is done. Which would be fine, if it weren’t that…

You can’t re-try missions you fail.

Yeah. If you happen to fail a main objective, the game continues as normal, but you don’t the valuable resources you’ll likely need later in the game. And a failed objective might happen to you early if you’re not careful.

Each mission has a time limit.

I wasn’t aware of this when I began my first mission, but you have a limited amount of time to complete each mission. That means you’ll really need to prioritize which objectives you go for and which optional objectives you might have to sacrifice.

You can also see the precise amount of days you have before you begin a mission beneath the Main Objectives list.

There’s a clock on the bottom right of your screen.

Since the passage of time is extremely important, you’ll need to keep track of it. Fortunately, there’s a clock on the bottom right of your screen. The orange bar represents progress through the day, with the game getting brighter or darker depending on whether it’s day or night. After a day is complete, you’ll get a certain amount of resources from towns, so it’s good to contact as many as possible, without overextending yourself.

The more members in a team, the more it will cost to send them out.

Since there are so many objectives, it makes sense that you should send out as many squads as possible to complete all of them, right? Well, first, sending out a squad costs money. And the more people on that squad, the more it’ll cost. We are the Caretakers is all about balance. Not just in politics and in the environment, but in your bank account, too.

If you want to see how much each team member costs, head to your team’s menu and select their profile. Not only will you see their stats like their size and region of origin, you’ll see their cost as well.

You don’t have to click on your squad to select them.

One of the more frustrating aspects I ran into was navigating my squad around the map, as selecting them frequently didn’t work. There’s an easy workaround if you’re on Xbox. Use your RB and LB shoulder buttons to tab between the squads on the map. This makes the flow of the game significantly better.

Related: Everything You Need to Know Before You Play The Witcher 3: Wild Hunt Next-Gen Upgrade

You can move your recruits into your party by using “pickup”.

I spent an embarrassing amount of time struggling to move recruits into my party. I’d like to save you the embarrassment by letting you know that the command to select recruits and teammates is pickup, or ‘Y’ if you’re on Xbox. This will turn the edge of your cursor green, which means they’re selected, and you can then drop them into your party or wherever else. If that recruit or team member’s profile has a blinking yellow edge, that means they’re ready to advance in their career tree. Just go into their profile to see what options are available.

We are the Caretakers is a small game with so much world-building and lore built into it. It’s a game that I think will really appeal to you if you enjoy the aesthetic, resource management, and touches of real time strategy and turn-based combat. If you’re tempted to try it based on what you’ve seen, it’s absolutely worth the price tag. It’s available on Steam, PlayStation 4, Xbox One, and Xbox One X|S.

We are the Caretakers