Everything to Know About Fire Emblem Engage Co-Op Mode 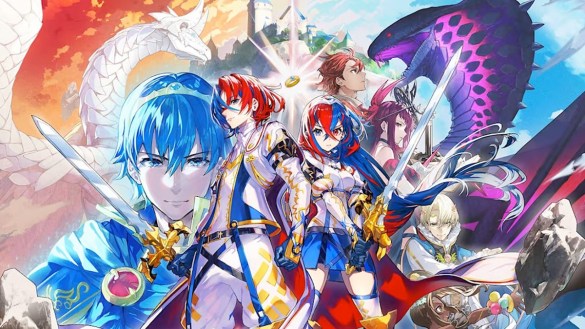 Fire Emblem games typically are single-player affairs, all about deep tactical gameplay and waifus or something. The latest game in the series, that is being positioned as the latest mainline title, seems to be changing that. Fire Emblem Engage appears to have some kind of co-op mode, that hasn’t super formally been detailed just yet. But here’s what we know about it so far.

At the moment, what we have is a tweet from the official Fire Emblem account. Pretty solid for a source, right? It’s the Japanese feed though, and there hasn’t been something similar in other languages yet. So we’re dealing with a tweet that’s already kind of vague, being translated by people. But it definitely is something in the multiplayer realm. Here’s the tweet in question:

Roughly, the translation calls this mode an “online only” trial mode. It says the mode works by players cooperating online playing on one map. And the way that works is by taking turns in a “realy” format. So, essentially, it sounds like players work together on a challenge map, controlling individual soldiers in a team. The relay thing seems to mean there are multiple “turns” within an overall team turn. Or something along those lines. You can kinda see it in action in the tweet’s embedded video.

It also looks like there are multiple maps to choose from, as we can see in the color-coded icons at the start of the video. After that we see an attack, then a “Player Change” notification that scrolls through a list of players. And that’s all we have at the moment. This tweet was posted on December 27, 2022, so just a few days ago as of this writing. Presumably, we’ll learn a lot more very soon, since the release date of January 20 is so close!