Can You Turn off Exp. Share in Pokemon Scarlet and Violet? - Answered - Prima Games
Tips

Can You Turn off Exp. Share in Pokemon Scarlet and Violet? – Answered

You get Exp, and you get Exp. Everybody gets Exp! 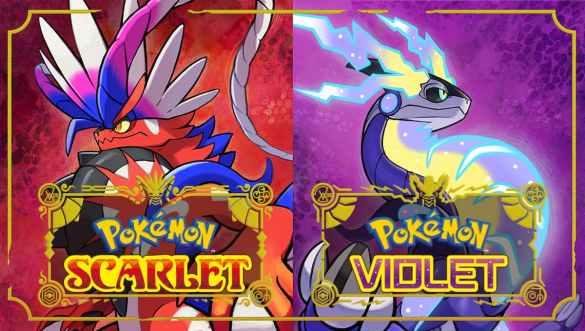 The Exp. Share is one of those classic Pokemon items that is intended to make the game easier. Instead of having to level each creature individually, just slap it onto anyone you would like to see grow stronger and go find some wild encounters so the backseated party member (or members, depending on the version you’re playing) would get experience for free.

Related: Are HMs in Pokemon Scarlet and Violet? – Answered

It was a staple for the first couple of generations until Kalos decided to change the formula. You could now turn it on or off at will since it became a Key Item, and every Pokemon in your party would receive part of the battle experience without having to equip it. This decision was not received with universal praise as some claimed “it made the game too easy”, and opted to refrain from using it. But can you also turn Exp. Share off in Pokemon Scarlet and Violet?

How to turn off Exp. Share in Scarlet and Violet

Simply put, you can’t. That’s it. Starting with the Let’s Go games, every game had Exp. Share as a basic game setup instead of an item. If you have two or more Pokemon in your party, both will receive shared experience regardless of your decision, so you can expect your Pokemon to always be at similar levels.

This is evidenced as soon as you go through the first tutorials and get to capture your own Lechonk for the first time. From this moment onward, every single party member will get stronger even if they don’t participate in battle. In order to balance things out, the exp is reduced to only a fraction of the total amount for background members, but every participating Pokemon gets 100%.

And that’s all you need to know about the Exp. Share in Pokemon Scarlet and Violet. Everyone gets stronger together, and there’s nothing you can do about it. So you might as well start using some Mystery Gift codes to get some freebies or learning how to evolve that selfsame Lechonk you caught at the beginning of the game.