Can You Buy Rare Candy in Pokémon Scarlet and Violet? – Answered 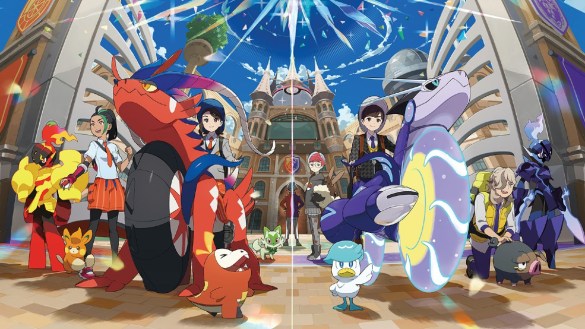 Rare Candy is a material of debatable utility in Pokémon games, depending on who you’re talking to. But it’s still treated like a big deal, especially within the games themselves. Basically that means it can be hard to get them without big efforts. In the latest games, that’s more or less consistent. So if you’re wondering if you can simply buy Rare Candy in Pokémon Violet and Scarlet, the answer is gonna be a big ol’ no.

Can You Buy Rare Candy in Pokémon Scarlet and Violet?

So if you can’t just buy Rare Candy, how do you get it? I don’t know if we already have that covered in a guide here or not. We probably do, but I also have a word count minimum to hit. And I already answered the question, so ain’t nobody gonna accuse your boy here of clickbait. Accurately, anyway. So to get Rare Candy in Pokémon Scarlet and Violet there are a few avenues you can approach. The main one, and by “main” I mean the least amount of effort, is to simply find it laying around on the ground in the open world. Like many other items, you can just come across Rare Candy while you’re wondering around.

If you have a Pokémon in your team with the “Pickup” ability, there’s a small chance that critter will find a Rare Candy after a battle. Keep in mind that this is a fairly low chance (the chance of any item is around 10%, and a Rare Candy is smaller than that), and any Pokémon with Pickup has to be empty-handed beforehand, and it also must be in your party. There are eight Pokémon with Pickup:

Rare Candies can also be obtained as rewards for two endgame-level activities. The first of those is Tera Raids, which only drop Rare Candy at five and six-star levels. Rare Candy is also included in the prize pool for winning the Academy Ace Tournament. Both of these are things you won’t be able to participate in until after you see the credits roll, so keep that in mind.

Related: How to Reset EVs in Pokémon Scarlet and Violet

So yeah, while you can certainly grind up a collection of Rare Candy, it’s not as simple as spending money or earning BP in a Battle Tower-style situation. There’s effort involved. You may as well stick to organically leveling up your team, especially if you haven’t hit the postgame stage. You need to understand EV Training to get the most out of your Pokémon anyway, so pumping candies isn’t a great strategy unless you know what you’re doing.