All Full-Length Movies in High On Life – Listed

Tammy and The T-Rex might be my new favorite movie 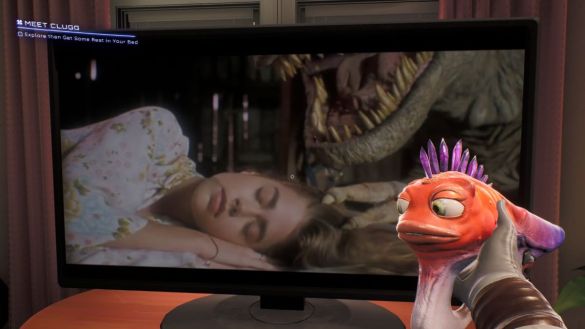 High On Life is a strange first-person shooter which combines moments of silliness with surreal, fever-dream environments and characters, then marries all that with over-the-top violence. Sometimes, if you idle for too long, your Knife will come out and tell you how much he loves stabbing people with you. But if you ever need a break from all this violence, High On Life has you covered with various full-length movies you can watch.

That’s right, full-length movies. In some of the game’s opening scenes, you’ll see that your character’s room is plastered with movie posters, most of which reference other movies. But in High On Life, there are absolutely movies that are not only canon but clearly beloved. There’s even a secret movie theater that you can find, which will not only give you a chance to watch an entire feature yourself but even net you an achievement.

Gene, the legless alien who’s taken residence in your house and is simply waiting for you to die, spends a significant amount of time on your catch watching movies. You can join him and see four full-length movies which are unlocked through story progression.

All Full-Length Movies in High On Life – Listed

These movies are unlocked as you progress the game. But wander outside your house, and you’ll FIND televisions scattered across the city. These TVs don’t offer movies, but they offer over 20 different animations, which are fun in their own right.