8 Things You Need to Know Before Playing Persona 5 Royal

Everything you need to know before you join the Phantom Thieves 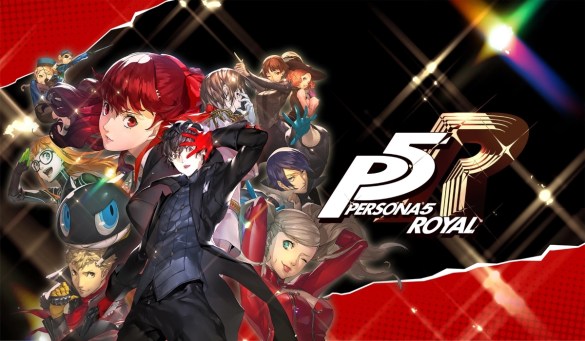 Persona 5 Royal has finally arrived in the next generation of gaming, as on October 21, 2022, the acclaimed title launched for Nintendo Switch, PC, PlayStation 5, and Xbox Series X|S. Whether you are new to the legendary series of JRPGs or a returning Persona veteran, here are some important things to know before playing Persona 5 Royal.

There have been A LOT of Persona games, and even a large number of Persona 5 spinoffs (Dancing in Starlight, Strikers, etc). While the sheer amount of games is overwhelming, the truth is that you don’t need to have played a single Persona game to enjoy and understand the narrative or gameplay of P-Studio’s acclaimed adventure. Persona 5 Royal is a standalone story and does not require any previous Persona experience. Simply, don’t pass on one of the greatest games of all time because you didn’t play any previous games in the series.

This Game is LONG

Persona 5 Royal’s story clocks in at over 100 hours, making it a significant time investment for its players. However, on higher difficulties and for completionists who want to explore every nook and cranny, Persona 5 Royal will likely be significantly longer than 100 hours, so buckle in for a massive adventure.

While a lengthy JRPG can be a little intimidating to a series newcomer, fear not, as Persona 5 Royal is extremely welcoming and accessible to new players. Since Persona 5 Royal is a long game with so many features and nuanced facets, it can be hard to remember the game’s many controls and mechanics, but thankfully, Persona 5 Royal provides a huge number of tutorials and numerous menus chock full of useful information to examine in case you ever forget how to do something. Also, the story is outlined in some of the menus as well, which is important in a narrative as long and complex as the one found in Persona 5 Royal.

It’s Rated “M” for a Reason

Don’t be fooled by the anime superhero cat on the cover art, Persona 5 Royal is not a game meant for children or the faint of heart. There are some dark and disturbing themes and adult subject matter throughout the story. While Persona 5 Royal is one of the most highly acclaimed titles in the history of RPGs, well worthy of a playthrough by all styles of gamers, it is important to know these warnings prior to playing the game.

As mentioned previously, while there are various Persona 5 games, which can some confusion to newcomers about where to begin, it is important to present the fact that Persona 5 Royal is the definitive Persona 5 experience, featuring new characters, expanded content, and introducing features/improvements that make it the ultimate version of Persona 5.

Explore, Explore, and Explore Some More!

While the uninitiated might falsely malign Persona 5 Royal as some kind of school simulator, Shujin Academy is only a small feature of the massive open world featured in the JRPG. While time is in itself a resource in Persona 5 Royal, the game allows you to use it however you wish, which means that you should take the time to explore the world that P-Studio and Atlus have so brilliantly constructed. You must also understand that many of your actions in the “real world” of Persona 5 Royal will help you in the game’s Metaverse, as well.

Finally, Persona 5 Royal is best experienced by taking your time and absorbing the world, gameplay mechanics, and story. Don’t fast forward through dialogue text, don’t rush from mission to mission, and (especially on the higher difficulties) don’t try to hurry through the story, as you will only hurt your experience. While Persona 5 Royal is a very long game, it should be thoroughly savored and enjoyed, as it is widely considered to be one of the greatest games of the 2010s, if not one of the best videogames ever made. And now it is finally available for next-gen consoles and PC.

For more news, reviews, guides, and information on Persona 5 Royal and the videogame industry in general, Prima Games is your go-to source.