Hackin' with the homies 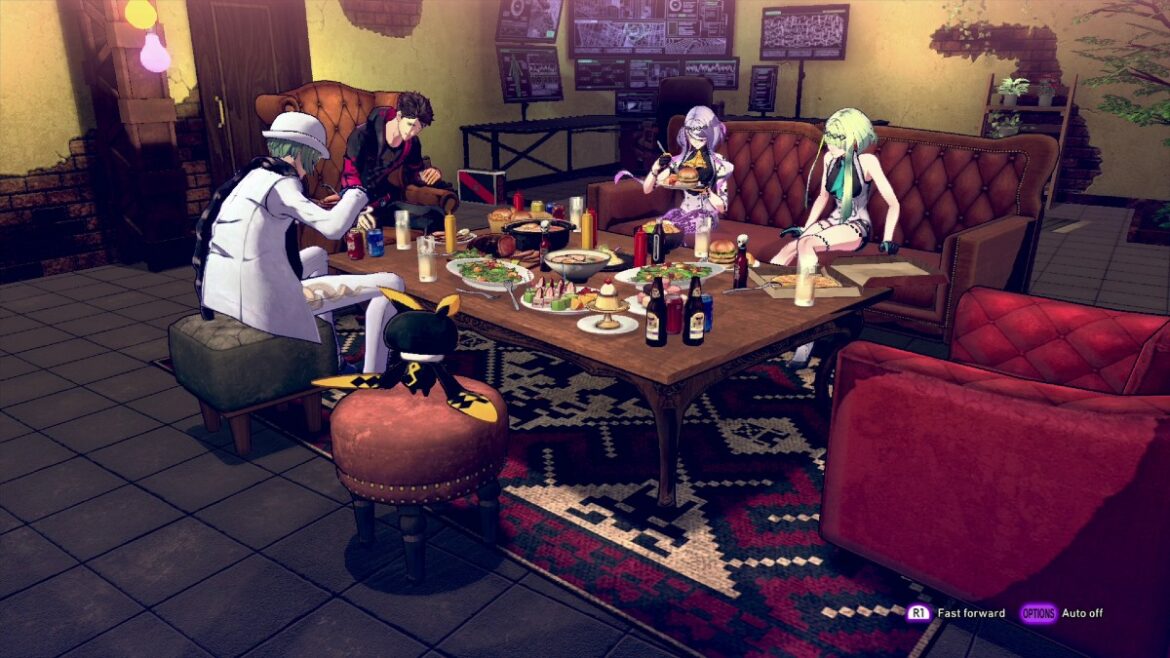 Atlus has struggled over the years with what “Shin Megami Tensei” is. A title? A brand? The Japanese and US branches came to different conclusions for a while, but it seems like everyone’s on the same page now. Soul Hackers 2 is the latest “MegaTen” game from a long line of JRPGs spawned from trashy 1980s horror novels. It’s also a sign Atlus USA is done with the SMT brand, joining Persona in dropping the SMT banner.

What does that mean? Nothing, really. Sifting through the weird history of Megami Tensei was already a heck of a wiki rabbit hole before now. But in terms of authorship, Atlus in Japan dropped having “Shin Megami Tensei” as a brand label way back in the 90s. Funnily enough, with the first Soul Hackers! If nothing else it’s a sign of confidence these games can stand on their own from Sega, which is neat in that same context.

Branding shenanigans aside, Soul Hackers 2 is still very much a part of the “MegaTen” universe. And even if the box doesn’t say it, this game is still a hundred percent part of the “Devil Summoner” sub-series. But while there are lore dots nerds like me can connect, none of them are necessary for following Soul Hackers 2. We aren’t looking at a full Final Fantasy-style disconnection, but the details only really matter in having a sort of holistic, historical sense of Megami Tensei. Kinda like the Castlevania timeline!

If you want to distinguish all the spinoffs and sort them into groups, you can do so with certain thematic elements and setting details. Megami Tensei as a whole is about demons and humans clashing and coexisting. Soul Hackers (or Devil Summoner) has a particular interest in pondering demons in a functioning (sorta) human society. The demons are neither metaphors for The Self (Persona) nor agents of the apocalypse (SMT).

Really they’re more like Pokemon, but used as lethal weapons by adults. Basically if Pikachu was, like, a gun instead of a friend. Humans are at peak humanity in Soul Hackers 2, and that means exactly what it sounds like. Capitalism has led to a world full of technological wonder, but miserable people and a cultural brick wall. There isn’t much left to achieve so to speak, so you either just exist in a world that stopped evolving or join one of the two big factions (Yataragasu or the Phantom Society) and beat each other up for vague political reasons.

Not a commentary on the Current State of Things at all, nope, no politics here folks. Anyway this capitalist dystopia-slash-intellectual dead end is quietly causing the literal apocalypse. A fully sentient AI living on its own wants to prevent that, and has to snap pieces of itself off to make two human-like beings tasked to go out and gather a Scooby Gang to save the world.

So, to recap: Elon Musk simps turned society into an iPhone and politics is just Pokemon Bloodsport. The Google Cloud makes two androids or something to stop the apocalypse because the algorithm can’t actually be helpful without human emotions ‘n’ stuff.

The adventure that follows is a rollercoaster of violence, overcoming trauma, fighting for a better world and vibing with friends over beers and pizza. And dungeon crawling. But it’s like, cyberspace brain-dive metaphorical dungeon crawling. Also there’s like fifty Jack Frost variants now, like Funko Pop Batmans! It’s weird and edgy and sentimental and optimistically cynical and self-indulgent and systemsy and COOL. In sum, it’s a Megami Tensei joint. The problems, ironically enough, come from various attempts to change things up and streamline the Megami Tensei gameplay experience.

Some of these ideas are neat, some of them seem a little undercooked and there’s a part that’s an uncomfortable mix of confusing and disappointing. To be fair that sounds worse than it really is. For the most part the regular gameplay loop is familiar for any SMT or Persona fan, but these little differences definitely stand out. For better and for worse.

Like I said in my Soul Hackers 2 preview earlier this month, the whole demon recruitment thing is really dialed back in favor of a strange “recon” gimmick. Your crew are functionally treasure chest stand-ins, popping up randomly as you run through a dungeon to give you items, heal you or present a new potential homie. Fighting battles increases your chances of the latter, and once the introduction is made they’ll make a single request (money, HP/MP, etc) and join up if you honor it. These characters also only appear in battle as shadowy figures, and that’s only if you hit a weakness. Otherwise your spells just come out of your weapons like bullets.

I know demon negotiation isn’t in every single other MegaTen game, but here it feels like something’s missing. That’s probably because what’s there instead feels shallow. You just randomly get demons handed to you and that’s kinda it. Considering how much personality you get from those negotiations (in P5 and SMTV especially), it bums me out to not have it or an alternative that works.

The battle thing is weird too, but less of an issue. It bothered me at first, since early on in the game you can’t swap demons during a battle. So in the early parts the demons just feel like equipment instead of part of the gang. But once that was addressed I mostly forgot about it. Especially since the “Sabbath” gimmick is cool. It’s a different take on the “Press Turn” or “One More” mechanics that’s about finding ways to build big damage and not being interested in punishment.

The real star of the show is how much tinkering and customization you can do. Ever since Shin Megami Tensei IV Atlus has implemented more and more little tweaking systems, aiming to give players more tools if they need help. Soul Hackers 2 is a more forgiving game overall, so it uses the extra space to tie this stuff in with progression.

Both your characters and their COMPs (weapons/demon summoning thingies) get stronger and more complex over time. And you get a lot of say over what that looks like. Upgrading your COMP gives you little boosts and abilities in growing increments, while exploring the “Soul Matrix” for each character grants even more ways to tailor your party. There’s an undercooked crafting element powering most of this stuff, but it’s not frustrating to engage with. It’s just really bare bones and weirdly implemented in one of the item shops. But what you need and where to get it is never a mystery when it shouldn’t be, so it’s pretty painless and scales well with your story progress.

Soul Hackers 2’s biggest strengths are its characters, their personal stories and how exploring them is tied into getting stronger out in the battlefield. Despite being introduced via pretty wacky circumstances, getting to know each member of the party has been a blast. I realized I was invested when the story led to a complex situation at an orphanage. The way each character’s true selves broke through their more put on outward personas was touching in a way that caught me off guard.

On the other side, Soul Hackers 2 feels confused, like it really wants to be approachable but had no idea how. So in the end a bunch of darts were thrown at a board and whatever they landed on made it in. I respect the attempts to mix things up, especially at a time when Megami Tensei is arguably at the height of its recent mainstream penetration. But some of those attempts whiffed, and whiffed hard.

It was a big surprise to see Soul Hackers come back in the first place, considering the last one (technically; other Devil Summoner games were made) was a Sega Saturn game only localized for a lowkey 3DS port. Even the 3DS version has several years in front of it! There was no telling what to expect from this game, and its mix of hypertech anime aesthetic and explosions of color only emphasized that. It turned out to be a pretty interesting combination of classic SMT systems, lots of nerdy skill tinkering and a story about adults fighting for a world very similar to our own and figuring out why along the way. Not bad for a series that can’t get its own name straight!