What the Hell is Soul Hackers? - Prima Games
Featured

What the Hell is Soul Hackers? A Crash Course in Shin Megami Tensei’s Devil Summoner 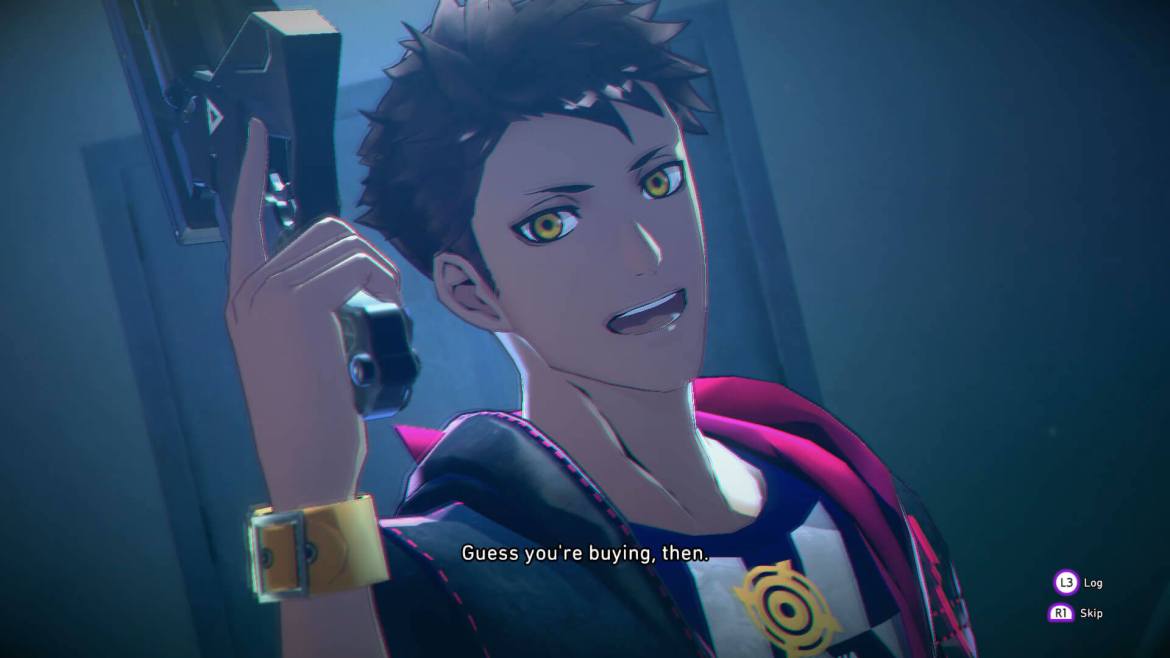 Atlus revealed a new game coming soon to both Japan and over here in North America this summer, Soul Hackers 2. It’s incredibly bright and colorful, with futuristic tech obscuring an apocalyptic event. The crew here, introduced as Devil Summoners, are out to scrap with the Phantom Society, which apparently wants the end of the world. But there’s a 2 on the title! And is that Jack Frost? Is this a Persona thing, because it looks like a Persona thing. Nope! This is Devil Summoner. Yet another Shin Megami Tensei spinoff series. If you don’t know Devil Summoner, you’ve come to the right place.

Persona is the one with all the eyeballs here in North America (and probably everywhere else), but Megami Tensei has several big spinoff series. This weird Famicom JRPG based on a trashy horror novel by Aya Nishitani is a 25-year franchise. And every time Atlus comes up with a new twist, a spinoff brand is born. There are at least ten defined Megami Tensei brands, only a few of which survived the aughts. And shifting naming conventions doesn’t make this easier.

Soul Hackers 2 seems to be a direct (or adjacent) sequel to the first Soul Hackers, which was actually the second Devil Summoner, which started as a Shin Megami Tensei subtitle. The SMT label was soon sanded off, and Soul Hackers 2 even lost the Devil Summoner part. Are we in a sub-subseries now? Yeesh. Just wait, we jump genres here too. At the beginning, Devil Summoner came about when Atlus brought its world of demons and human misery over to Sega for the first time.

Historically, these Megami Tensei series are roughly separated by platform. You had the main series on Famicom, Last Bible on Game Boy, Digital Devil Saga on PS2. It isn’t consistent, but there was a trend for a while. Devil Summoner appeared for the Sega Saturn in 1995, though an enhanced version was made for PSP in 2007.

Devil Summoner, despite being a Saturn (!) release, hit pretty hard in Japan. There was even a TV show! An official localization never happened. A fan translation, however, seems to be getting off the ground just as of last year. We’ll see how that goes. That said, every other game in the Devil Summoner library made it to North America in some form or another.

The hard part of today’s history lesson is over. So, the defining element for Devil Summoner is its setting. Before this, Megami Tensei games mostly shared a post-apocalyptic setting. But Devil Summer was set in 90’s Japan, Current Year at the time. The game’s plot is a sort of twisted detective story, so it has more of an Urban Fantasy feel. The modern day setting doesn’t stick, but the general thing is Devil Summoner isn’t taking place following a society-destroying event.

When sequel time came, Devil Summoner took over its branding. Another Saturn game, Devil Summoner: Soul Hackers was the big follow-up. Notably, the game came to PlayStation a couple years later, reflecting how things went for that console. More notably, Soul Hackers eventually landed on the 3DS and was localized. This was during a time when Atlus’ USA branch was still figuring out how to market the spinoffs, so the Shin Megami Tensei branding was bolted back on. Irony is a strange beast.

As an aside, Atlus in Japan had its own branding quirk, using the phrase “Megami Ibunroku” in Persona’s title. Persona 2 dropped it, then for some reason “Megami Ibunroku” came back over a decade later for Devil Survivor in 2009. But then Devil Survivor 2 didn’t have it, and neither did Devil Survivor: Overclocked. That was a new version of the game that had it! I’ve confused even myself with this nonsense. It seems to be a signal a new spinoff has started… except it was never used to introduce the other spinoffs.

Soul Hackers ditched the contemporary urban theme and opted to take Megami Tensei to Science Fiction, set in a city enhanced by a massive network. Cyberpunk is probably a fair term to use. You can still get a hold of Soul Hackers digitally, but hurry! The 3DS eshop’s days are numbered.

Related: Nintendo is Shutting Down 3DS and Wii U eShops and Was Weirdly Defensive About It

While Soul Hackers was the second game chronologically, it wasn’t the first Devil Summoner localization. That honor goes to the guy you can spend ten bucks to swap him out for Capcom’s Dante in SMT III: Nocturne HD. Set all the way back in the 1930’s is Devil Summoner: Raidou Kuzunoha vs. The Soulless Army for the PlayStation 2.

This game took Devil Summoner to a new platform, and tossed a genre shift along with it. This game and its sequel, both starring high school detective Raidou Kuzunoha, are action games with real time combat. You control Raidou, who uses a sword, gun and vials carrying demons. Demon summoning is a consumable (sort of) here! There’s nothing else like this game and its equally long-winded sequel, Devil Summoner 2: Raidou Kuzunoha vs. King Abaddon. You can still play Raidou’s titles without shelling out for a PS2 copy, at least while the PlayStation 3 store is running. You also, you know, need to still have a PS3.

That brings us all the way to 2022, meaning we haven’t seen a new Devil Summoner for over a decade. And to be frank, that’s probably why we’ve arrived at Soul Hackers 2 without any additional branding. It’s weird how much has changed since the 3DS’ time. Besides Persona, 3DS was also the last time we saw any spinoff games, with Devil Survivor 2: Record Breaker in 2015. Seeing Soul Hackers 2 makes me wonder if Atlus is considering more sequels, but with titles distancing them further from the Megami Tensei brand.

Soul Hackers 2 is aiming for an August 26, 2022 release, for the PS4/5, Xbox One, Series X|S and the PC. Notably, this will be not only the first Megami Tensei game to land on the Xbox One/Series, it’s also straight up the first Atlus game on the platform. Persona 4 Arena Ultimax, which is seeing a new edition soon and not currently listed for Xbox, was the last one back in 2014. We live in strange times, gamers.