I wrote this wearing a NieR: Automata shirt like I fell through a time rift and landed in 2017 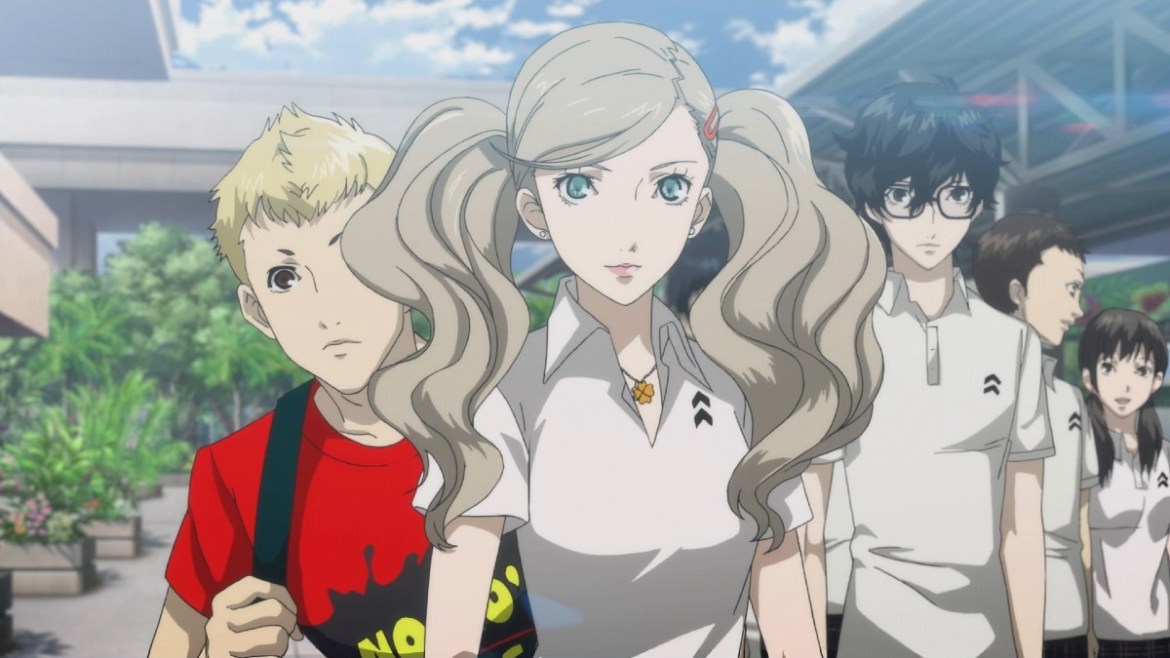 After years upon years of… enthusiasm, Persona 5 is finally multiplatform. The origin point of “Port Begging,” a phenomenon born of the Nintendo Switch, Persona 5 has been the game that simply wouldn’t re-release. After years of confusion, yelling and discourse, Persona 5 Royal has launched for the Switch, Xbox and PC. It isn’t my favorite game in the series, but it’s the game that broke the mainstream wall after Persona 4 cracked it. A Big Deal.

A formative game for many of my peers, Persona 5 speaks to a wide range of people who feel the weight of societal pressures. The cast, a band of teenage outcasts each dealing with a unique crisis, don’t just fight monsters. They fight conformity, they fight predatory adults and they fight peers who take things a bit too far. The whole game is about fighting for “freedom,” and the myriad versions of what that can mean.

In some ways, Persona 5 Royal feels like an anthology with disparate stories sharing broad thematic guidelines. The plot, of course, tries to tie everything together in a big, dramatic way. But that’s where Persona 5 stumbles the most, making the overall bigger picture feel unfocused and uncertain of itself. The extra semester added by Royal brings a whole new antagonist and scenario to the table, but ultimately asks a tropey question and gives us a tropey answer (in a fabulous package). But all the interpersonal interaction stuff, the Social Links introduced back in Persona 3, is where the magic tends to happen for most players.

The cool thing about a game like Persona 5 is it’s such a scattershot of Ideas strung together just so by a deliberately vague theme, its ability to snag players by their personal heartstrings is uncanny. And if it gets more than one, it’s game over, man. Persona 5 is mass appeal weaponized, but I mean that in a positive way. Mostly. In some ways, the game fails people who could’ve really used some of that validation juice.

Speaking of juice, half the reason we’re here is to talk about new ports, right? It’s been years since I engaged with Persona 5 critically, so I had to get that out of my system. Thanks. So yeah, Persona 5 Royal is on current-gen hardware, notably already being an enhanced PlayStation 3 game on PS4. The life cycles of Persona games are wild. With these new ports, you really have two new versions of P5R: The juiced-up PC/Xbox version, and the slightly uh, juiced-down Nintendo Switch version. On one side you’ve got Persona 5 at 4K/60, and on the other, you’ve got the regular PS4 version, but a little fuzzier and (crucially) portable.

Persona 5, one of the most visually aggressive JRPGs in recent memory, sounds like it’d be a game-changer running at full force on new hardware. I’m gonna reuse a joke I made on Twitter because it’s a good joke and didn’t get enough traction. Persona 5 running at 60 frames per second is like visiting your grandparents while they’re watching Nascar with motion-smoothing on. It’s a little too much, you know? Persona 5 Royal was already kind of a fast-moving game when it was a respectable 30 fps. Running at 60 makes everything zoom around and jiggle like anime-flavored Jell-O. Not every game needs to be like this!

It’s a whole different story on the Nintendo Switch. Obviously, playing Persona 5 in TV Mode is something you should only do if that’s your only way to do so. It’s all about Handheld Mode here. The 3D environments and character models are definitely running at a lower resolution, giving everything that familiar, slight blurriness people fascinated by Switch ports have grown to tolerate. At least until something like NieR Automata comes along and reminds us miracles can still happen. But all the text and UI elements are nice and sharp, so you won’t be squinting trying to read anything.

A grindy-ass JRPG that used to be console-exclusive, is now available for quick power sessions, uninhibited marathon sessions, bedtime sessions, lying on your couch on your back sessions, all the sessions you could think of. Yes, even those ones. JRPG number-crunching and handheld hardware are pretty much peanut butter and jelly. That’s why all the “Port Begging” happened to begin with, y’all. That’s the whole thing. Persona 5 Royal is the People’s Elbow of Nintendo Switch ports.

At the end of the day these are all fine versions of a tremendously fascinating game that you can spend well over 100 hours on, and that’s during your first playthrough. And if Persona 5 Royal hits you in the right spot(s), that won’t be your last playthrough. On one hand, power gamers will love to see those performance boxes checked even if this game in 60 fps makes my brain sad. On the other hand, it’s the holy grail of handheld Port Begging, a rare bit of closure for the gaming community. That’s neat!