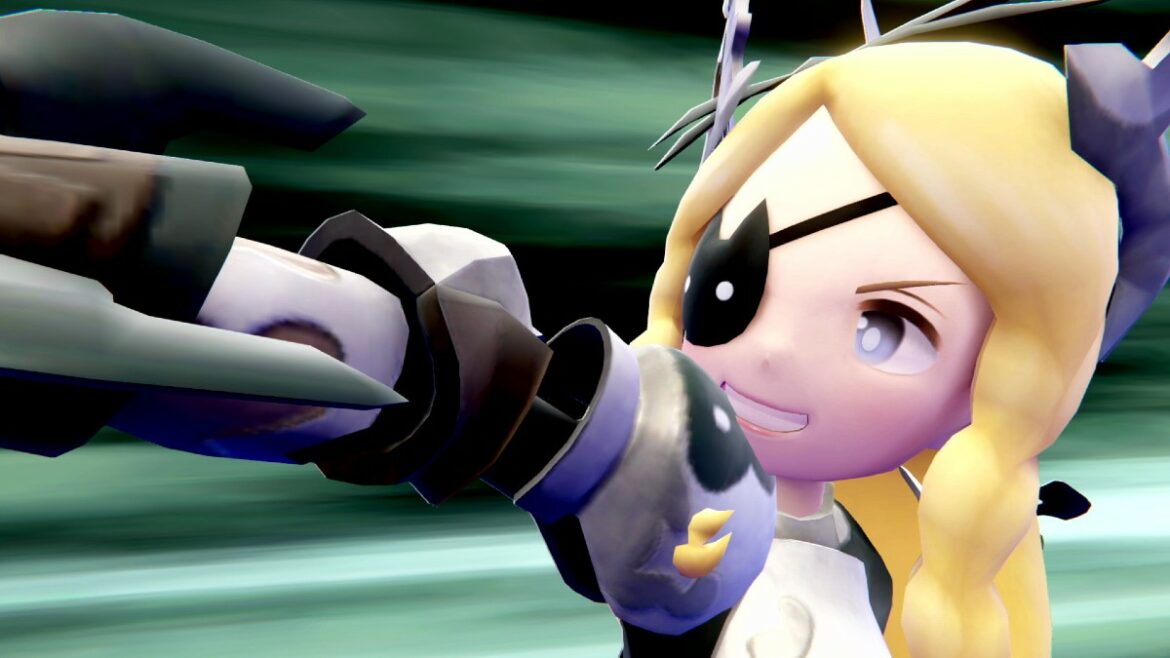 When Cygames introduced Little Noah: Scion of Paradise (and shadow dropped it on some anime king shit) during the last Nintendo Direct, I knew I had to get my hands on it. Weird mobile game effect? Fast-paced, brightly-colored sidescrolling action? Art design clearly spearheaded by the icon Akihiko Yoshida? Let’s go. I tracked down a contact, got a hold of Little Noah, and dove right in totally blind.

Turns out that was a great idea, and Little Noah is some of the most fun I’ve ever had with a gacha game. By taking some of the anticipatory RNG excitement of lootboxes but leaving behind premium currencies and stat grinding, Little Noah is able to harness the core appeal of gacha-style mobile games. And instead of the stuff that’s bad about that space, Cygames opted for a single price tag, and a roguelike structure that gives tangible weight and identity to all the random unlocks.

It doesn’t hurt to have an immediately likable pair of heroes lead the story, which itself is just wholesome and cute enough to drive its recognizable adventure tropes across the home plate. In the end, was the story a light scene dressing for roguelike runs without any shocks, surprises, or subversions? Sure. Was the ending still touching despite its simplicity? Hell yeah, it was.

So, gacha stuff. Normally, “gacha” means you’re dropping currency you may have paid real Biden Bucks for into a pot, and hoping the grab bag of bullshit you receive in return has at least one exciting goodie for you. The appeal is more about the roll, the anticipation, and the powerful hype and/or heartbreak following the reveals. Sometimes the games practically play themselves, but on occasion, you do have some legit gaming experiences despite the weird gambling.

In Little Noah, you aren’t desperately throwing money at an endless roster of mostly useless characters. Instead, you’re encountering little buffs and bonuses as is customary in roguelikes. But the hook here is that combat is driven by Pokemon-like creatures, which are awarded to you in a similar fashion. But instead of altering your stats in some way or another, these critters will be shaping your entire approach to your run.

You have an inventory of Lilliputs, and a “lineup” you can change at any time. This lineup actually informs your attacks, which simply have you mashing square a few times. But what those mashes actually do can vary wildly, from quick little slashes to big, meaty swings and all kinds of projectile nonsense. You also get two slots for Skills, which provide a different attack from whichever creature occupies those slots, usable on a cooldown.

Each run gives you the same three stooges to start with from the bottom of the barrel, and from there you have to adapt on the fly to what you find along your journey. You can have favorites and try to build for them, but the drops are totally out of your control. And the roster is pretty big, so you can end up with two runs that are nothing alike in gameplay terms. That’s pretty cool, even if it’s a little head-scratchy at first.

Once you dive in for a while, you’ll start to learn the ins and outs of combat, your limits, and what you can get away with. Some attacks move your character, some attacks have big cooldowns, and others do things like knock enemies away or yank them to you. Optimizing what you have, and especially in what order you use them, is all about learning what each attack does and what its outcome is.

A big knockback in the middle of a lineup can totally ruin your combo potential, but paired with a long-range blast or used as a combo-ender, it can become your run MVP in no time. You also have to keep things like elemental properties in mind, on top of all the passive modifiers you collect as you snag treasures. And that’s just what’s going on during your runs.

Before and after, the “lite” stuff kicks in, and you get to organize your spoils of attempted, failed runs to make the next ones easier. Every item you find in a run is converted to Mana at the end, which you use on “repairs” for Noah’s airship. This is where the typical “more HP, more damage, more money” stuff appears but it’s also where you can expand your Lilliput and Accessory pools, and unlock other things you can tweak outside the dungeons.

You’re rewarded not just for grinding runs, but also for trying different ways to play. For example, you can unlock statues for display based on milestones, which in turn grant additional bonuses. You have limited slots of course (which can be expanded), adding even more nuance to your builds. You can even unlock new costumes for Noah that come with unique Burst (super attack) moves, and bonuses to different lineup slots or things like potion potency.

There’s so much to tinker around with, and it really makes the difference as you learn to git gud. And the cool part is if it starts to feel too easy, bump the difficulty up! There are rewards for doing that, too. That’s the potential beauty of Roguelites; every run feels purposeful. Even at the expense of the challenge. But the synergy feels so good and thoughtful in Little Noah, going on an upgrade shopping spree was always exciting.

Inside a run, you’re looking at even more variables. There are single-room challenges that have you try to clear it without taking damage, or things like time limits or even combo challenges. Each door to a new area is a choice between two options and loot modifiers, with secondary options unlockable. Trap rooms make treasure hunting an ordeal of its own, and you always make just enough money for shop rooms to be surprising sources of decision-making. The boss fights change in different ways too!

Little Noah combines the charm and gameplay hooks of a free-to-play mobile gacha adventure with the structures of roguelikes, monster collecting, and Metroidvanias. Considering Cygames has a long history of mobile games and occasional genre experiments, it only makes sense it hit the compromise sweet spot dead on. Little Noah is a blast, thanks to its depth, variety, and dangerously wholesome vibes.