The Dream is Real: Stranger Things is Coming to VR - Prima Games
News

The Dream is Real: Stranger Things is Coming to VR

There's no running from this VR release 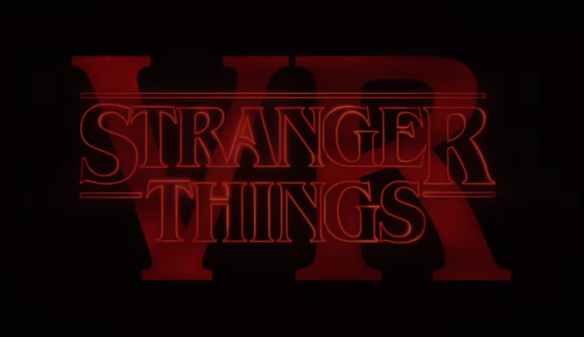 Netflix’s Stranger Things took the West by storm in 2016 and it hasn’t relinquished that chokehold since. Stranger Things 4 ranked third on Netflix’s Most Popular TV list, generating more than 781 million hours watched total.

And Netflix hasn’t been shy about capitalizing on Stranger Things’ success, either, with collaborations with countless clothing, cosmetics, and pizza brands. But the gaming community looks most fondly on Netflix’s collaboration with Dead by Daylight, which allowed players to play as Nancy and Steve, two fan-favorite protagonists, as well as the Demogorgon.

But now, Netflix is thinking bigger than Dead by Daylight. They’ve opted to make their own VR game, Stranger Things VR, which will launch for all major virtual reality platforms in the winter of 2023.

Players will be able to play as Vecna, the antagonist from Season 4. As Vecna, we’ll explore the nightmarish void Eleven cast him into and begin taming the hive mind that made him so powerful. We’ll even be able to experience firsthand how Vecna invades the minds of his victim, as he conjures nightmares in his endless crusade for revenge.

Related: Is Stranger Things Coming Back to Dead by Daylight? – Answered

Indie studio Tender Claws will be developing this project. They’ve previously done other VR games like Virtual Virtual Reality, The Under Presents, and Ultimate VR Comedy Bundle, all with very positive reviews. This will be the first psychological horror/action game for the studio, but not Stranger Things’ first foray with VR.

Netflix did release a Stranger Thing’s VR experience in 2017 that failed to generate much interest due to its length and lack of gameplay. Additionally, there was a Telltale game that was in the works, but the collapse of the studio killed the game before any details could be revealed. With only one alleged Season left for Stranger Things, Stranger Things: VR might be our last best hope for getting an in-depth and fully fleshed out game of this beloved series.