I wonder what Sakurai thinks about this 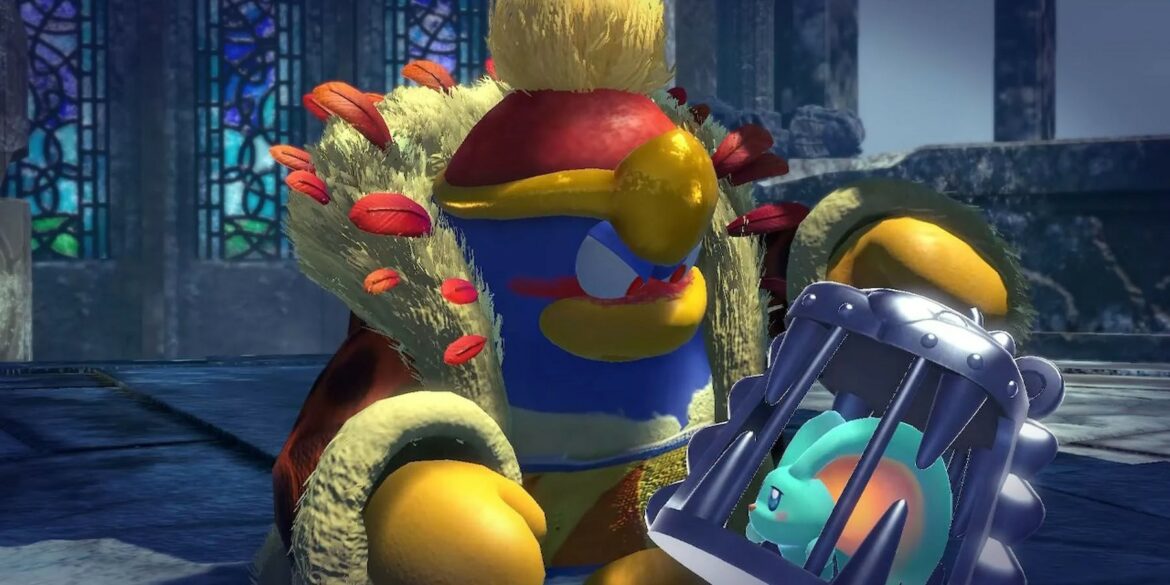 This week, Nintendo released a demo letting players check out the opening bits of Kirby and the Forgotten Land. It’s only a tiny slice of the game that ends on an early boss fight. But after you finish the demo you get a peek at what’s to come, including a look at the latest King Dedede glow up.

Related: When is Kirby and the Forgotten Land Coming Out? – Answered

While Kirby themself doesn’t always look much different (aside from powerups), Dedede is usually the go-to guy for weird stuff. And considering this is Kirby we’re talking about here, things get pretty dang weird. Dedede’s massive Scott Steiner arms in Star Allies or the eldritch horror fusing with his belly in Dream Land 3 come to mind. In Forgotten Land, it looks like Dedede has been around these mysterious lands for a while. He’s kinda got a Lord of the Flies thing going on. Check out the new render, which seems to have been accessed by dataminers.

Dedede has occupied more of an antihero space in Kirby games since his earlier villain days. That said, he looks pretty ticked off in that new render, so maybe the penguin king is going back to his roots. Or maybe he cheers up later. Probably that one. But hey, it won’t take long for Kirby fans to find out, as Kirby and the Forgotten Land is out soon, hitting the Switch on March 25, 2022.