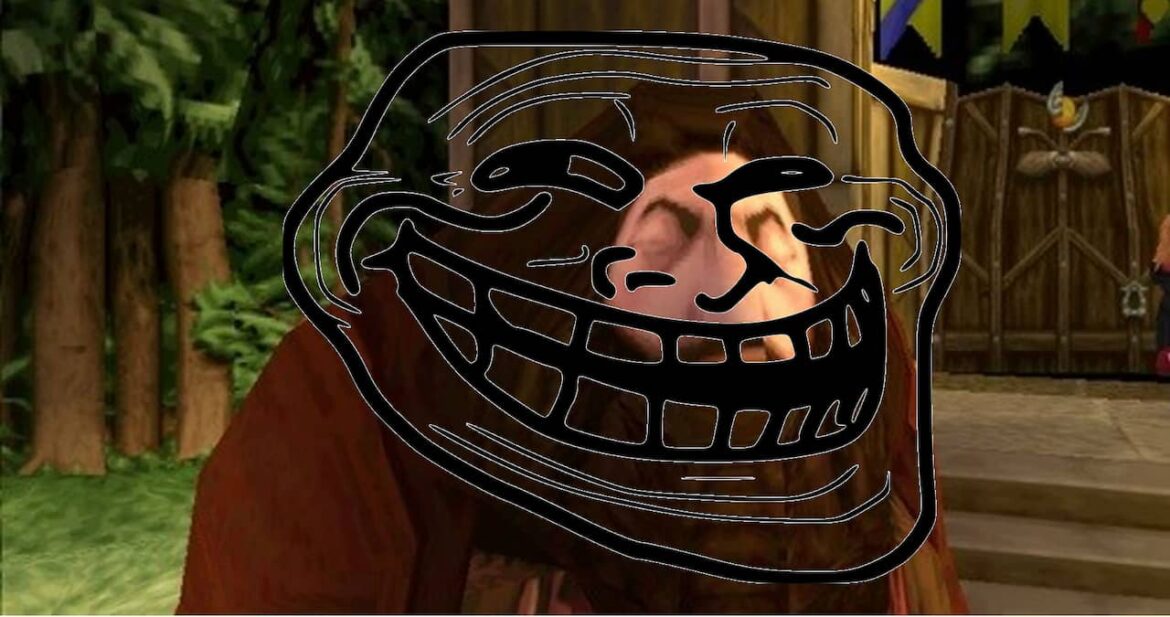 Harry Potter and the Sorcerer’s Stone was released on PlayStation back in 2001. As is the case with many memes, this one came to life many, many years later – over a decade, in fact. The “Haggord: You dun it nao Arry Porrer” meme – AKA PS1 Hagrid – originated back in 2012. More on that below.

Why does PS1 Hagrid Look so Funny?

Graphics back in the early 2000s were, at the time, quite revolutionary (think Half-Life for example) but still not as sharp and vivid compared to what the industry standards are now today. Have a look at a tweet @AlphaOmegaSin made to get a glimpse of what we are talking about and how the graphics quality has evolved:

Due to the usage of polygon technology, there were quite a lot of funny-looking characters across games. However, whoever was making the polygon model for Haggord (the meme name for Hagrid) really didn’t think things through it seems (or there was a huge limitation in the engine that didn’t allow better shape forming for Hagrid’s head, but who knows).

PS1 Hagrid is a staple of Harry Potter and the Sorcerer’s Stone, as a groundskeeper that gives you a handful of quests throughout. During a Let’s Play video on YouTube, French content creator Benzaie used the following image he made as a meme:

Indeed, he does look like a blobfish in this frame (and most of the time during your encounters with him). Luckily, this technology was just a stepping stone towards more serious graphics engines and incidents like this weren’t around for long since the industry’s growth and development went exponential in the early 2000s.

There’s a Meme Generator for Haggord here. We also found a somewhat relatable meme for when you’re in difficult times:

Finally, we’ve attempted to have a go at making our very own meme with Hagrid for our readers, but we ended up in a creative block (that dreadful feeling when you think that it’s not funny enough) and this meme from KnowYourMeme describes it pretty well:

Harry Potter and The Sorcerer's Stone