What do you call that color scheme? Sprite? 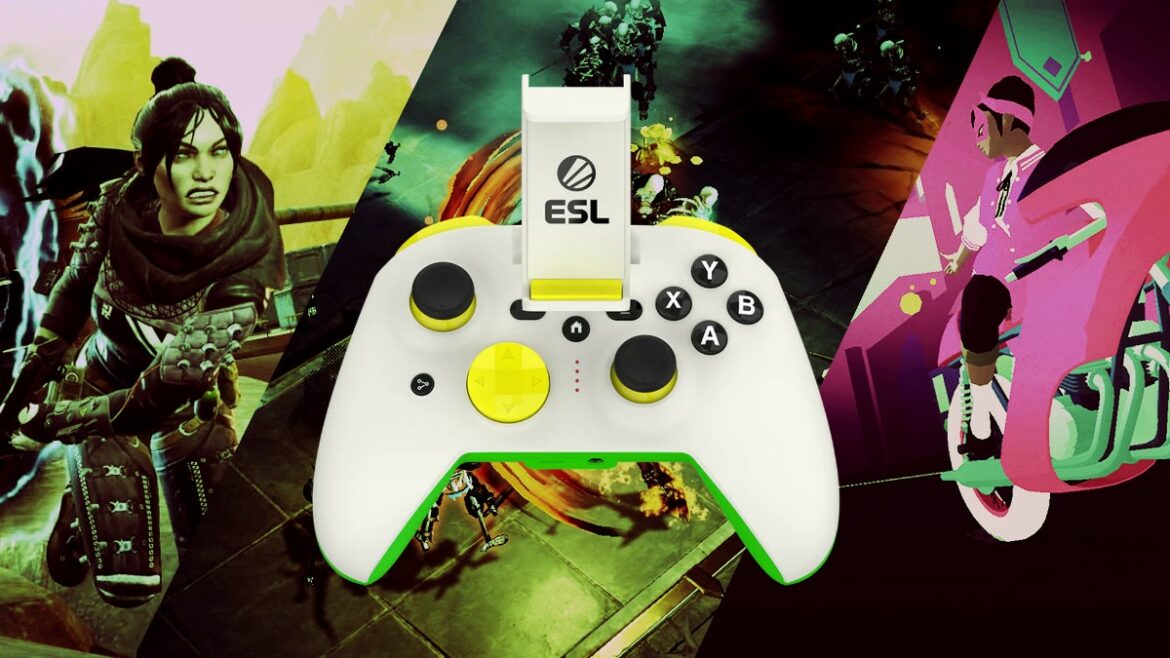 I’m a big proponent of mobile gaming, in all kinds of ways. I’ll even play a gacha sometimes, although that’s a whole other can of worms. But when it comes to playing “real” games, mobile platforms have only gotten bigger and better. That’s especially true with iOS, which has not only been making interesting moves with things like Apple Arcade, but also courting a much higher bar of quality for controllers and controller support.

The Backbone One has easily been a favorite, and for a time was the only way to play on mobile for me. But I was recently given an opportunity to try out a more “traditional” mobile controller for iOS, and it turned out to be a solid option in its own right. After playing games like Diablo Immortal with the RiotPWR ESL controller for iOS, it’s easily one of the best controllers you can get for your phone at its price point.

For 70 bucks, you get a fully-functional controller that’s lightweight and super adjustable, with a direct Lightning port connection. Just as with the Backbone, having that wired connection instead of Bluetooth is a huge leg up for mobile gaming (especially if you’re using your controller for remote play or cloud gaming). This is a separate controller with a phone dock, so it’s Xbox One-sized roughly and lets you adjust your viewing angle with a surprisingly versatile clamping mechanism.

I used Riot’s previous mobile controller a while back, and it was much less solid-feeling, less adjustable and lacking in buttons. Using it for PlayStation Remote Play in particular was a challenge. But the ESL is a huge improvement in every area, from how sturdy it feels in your hands, to its button allotment matching up much more closely to first party console controllers.

The thing that’s going to make or break this versus something like the Backbone is gonna be the form factor. Backbone is discrete and snaps right onto the phone, making the device more like a traditional handheld. Riot is larger and less portable, but is much more comparable to a console controller. There are pros and cons to both approaches, but they’re both legitimate options.

Personally I prefer the size and convenience of the Backbone, but the ESL is still an excellent controller. And that smaller, more specialized form factor comes with a higher price tag. So if you’re just dipping into mobile gaming and don’t want to drop a hundo on something a little more hardcore, the ESL is not only cheaper, it isn’t any worse in terms of its ease of use or functionality. It’s a much more subjective preference.

I think the best advantage the Riot ESL provides is its flexibility. It isn’t just a hard clamp you snap your phone into, there’s a lot of movement that thing is capable of. And once you’ve adjusted your viewing angle the way you want it, it never feels flimsy or like it’s going to start sliding down while in use. And since the controller attaches via a cable, you can quickly retrieve your phone if you get a call. You can also just pop the whole thing out!

The biggest drawback would be something hard to hold against it, but is there nonetheless. Since it’s a lightning cable, you can’t use the controller easily with devices other than your phone. This is in comparison to the Backbone, which offers a USB C port with which you can connect it to a PC or tablet and use it natively. Of course, the catch there is you can’t just use that functionality for free. So that’s an additional cost over the already higher cost of admission.

That leaves me feeling pretty good about recommending the RiotPWR ESL iOS controller. It’s straightforward, functional, sturdy and most importantly, more affordable. Even if I can say I prefer another device, that’s only because I have access to the alternative. If I was concerned about budget, or didn’t care about certain extra features, I’d easily go with the ESL. It’s a high quality controller with a nice degree of adjustment, and anyone looking to start using a controller on iOS can’t go wrong with starting here.

This device was provided by the manufacturer for review.