The End of an Era: FFXIV Removed One of Its Most Iconic Quotes - Prima Games
Featured

The End of an Era: FFXIV Removed One of Its Most Iconic Quotes 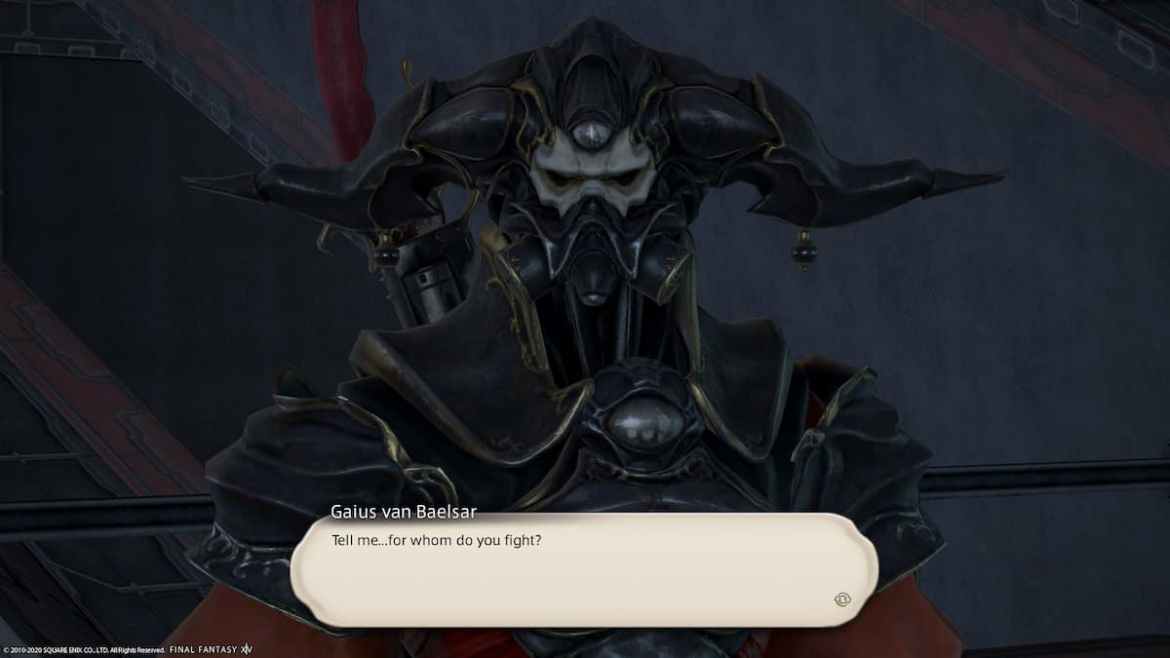 You’re pulling an all-nighter in FFXIV to catch up on content for Endwalker’s release. Those Jobs aren’t going to level themselves, ain’t I right? You clear all of the other roulettes but leave the infamous one for last. Some would say I’m talking about Frontline as PvP is not everyone’s cup of tea in this game, but many agree when I say nothing is more dreadful than sitting through the Main Scenario roulette.

Aah, good ‘n old Main Scenario. What can we say about Castrum Meridianum and The Praetorium? They were dubbed the Netflix dungeons for a reason. They were a legacy of the game’s older days when designers still thought it was a good idea to have a full party of 8 people being forced to rewatch unskippable cutscenes because this is the game’s climax. They take a huge cluster of time, and most of them are just cutscenes with little to no gameplay.

It awards a huge ton of exp, at least. And you also get to meet some nice people, see some sick glams and have some fun talking along the way. And during Praetorium, we get to see ARR’s main villain Gaius Van Baelsar jumping down to meet you in the elevator. And Gaius’ speech is very likely, alongside the Free Trial copypasta, the most popular meme in the community.

The full delivery of the over-the-top phrases, the awkward voice acting, and watching a full group of weirdly dressed creatures patiently waiting for this mighty conqueror to stop babbling about how they’re all hypocrites for having religions was just too perfect, almost making sitting through the same story over and over again 100% bearable.

Fasting forward to 2022, Endwalker had officially released and, subsequently, updates were made to those relics of the past. Main Scenario duties were made shorter, and The Praetorium was split into two different duties, both still in the same roulette. Cutscenes are still unskippable, but fights were updated and the pace improved, so you actually played the game now. It was a good choice overall.

But in a few more patches, more precisely in 6.3, an undocumented change was made to them. And they are now literally unplayable. How does Square Enix dare to remove the “Hmph. How very glib” phrase from Gaius???

Related: A Year Later and This FFXIV Endwalker Moment Still Gives Me Chills

Going through the 6.3 patch notes, we see a single mention made of the Praetorium, and it’s not referring to any dialogue or such things. So this quote was literally ninja-patched out, for some reason. And I ask you: Why? People LOVED that phrase, and they were not very happy about its removal.

There’s something special about a man waiting for 30 minutes for the raiders in his fortress to arrive at the elevator, just so he can drop from somewhere and start telling them the discourse he’s been practicing in front of his mirror. I like to believe my Warrior of Light is just so shocked by what just happened that he can’t even answer properly. Maybe that’s why we sounded (or looked) so glib to Gaius in the first place.

The rest of the speech is still there, but that one part was the icing on the cake. One may argue that it was the whole summary of the old Praetorium. Why are we running through this devastated place fighting big guys in colored armor? Why is there a guy in a frog suit healing me? Does any of this still make any sense? It was probably not a good thing for new players trying to enjoy the story either.

The speech always made the runs better, at least. People will pull their RP skills out of their pockets to interact with Gaius in a very creative way. Or even better, we can be cursed (or blessed, depending on how you view it) with parodies such as the owo-fied version of the speech while he speaks in the cutscene.

But with all memes aside, there’s actually an understandable reason for this removal. Have you ever thought about how that dialogue kinda just.. doesn’t fully make sense? Well, that’s because it really doesn’t. There’s something crucial missing here because 6.1 was not the first time the Praetorium received changes.

Originally, the Praetorium was still incorporated in the same dungeon pool as regular duties from A Realm Reborn, meaning that you could log in, head into a quick Leveling Roulette, and find yourself stuck for over half an hour facing unskippable cutscenes.

Square Enix devs were keen to notice how problematic that was and proposed a smart solution: The two final dungeons from ARR would now have their own separate Roulette, meaning that people willingly agreed to enter them. Mentor roulettes were already a thing too, so they could supply the missing manpower if needed. That’s how the pre-6.1 Main Scenario roulette came to be.

The initial version of The Praetorium was a little bit more interactive, and you even got to choose some dialogues along the way. I guess you can see where I’m getting at. Yes, the “Hmph. How very glib.” response was a reaction from one of those dialogues!

You can see it for yourself here. During the comically long blank stare, you could actually answer for whom you fight:

His mention of Eorzea always came just too out of nowhere. There’s his hatred for the foreign land and all, but the way he brought it up always seemed out of place. You could even answer if you do believe in it or not. While the options were long gone, their responses were not, and that kinda works as part of the charm of the speech.

But even still, people were already used to the dialogue, so it doesn’t feel like a really needed change. The fact that it wasn’t even documented makes it even more strange, but that’s the way it is now.

Runs in the Praetorium will be very much glib-less from now on, but still a good source of experience, if you have the patience. People still meme the crap outta them and the new Gaius fight is actually pretty sick. It even makes a call forward (technically callback?) to one of Shadowbringer’s trials, which is also a nice detail. But not a very glib one, unfortunately.