It's a grisly Where's Waldo in this horror game 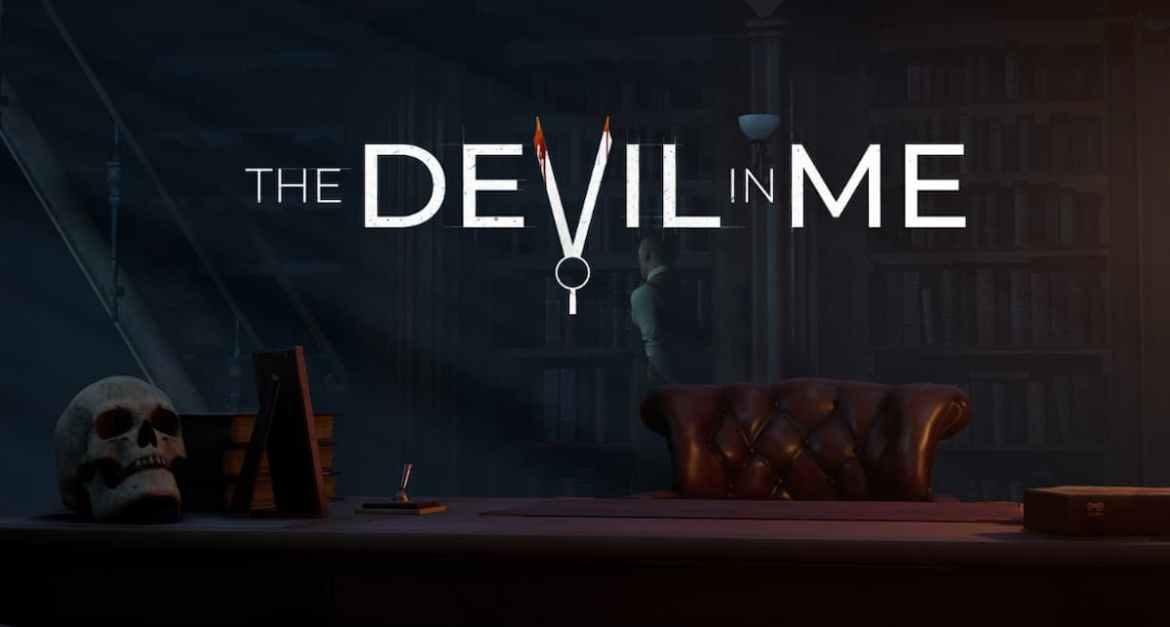 The Dark Pictures Anthology has always been about creating a horror game that feels like it’s a movie. Where you, the player, are in control of the characters, and are capable of steering them away from the precipice of a gory demise or throwing them headlong towards it. And Tom Heaton, creative director of The Dark Pictures Anthology’s latest installment, The Devil In Me, makes no secret that movies have deeply influenced the game.

“I love The Shining, it’s my favorite horror movie,” Tom Heaton stated in an interview, “And if you’re making a game about a creepy hotel, then it’s a really great starting point. Obviously, we are telling a very different story, but the menacing vibe of the Overlook is something that we wanted to [emulate].”

But The Shining is just one of the homages The Devil In Me presents to horror buffs.

All Horror Movie References in The Dark Pictures Anthology: The Devil In Me

The Shining, Saw, Psycho, Halloween, and Friday the Thirteenth all have their moments to shine in The Devil In Me.

Charlie’s character is likely inspired by Jack Torrance, an aging creative and antagonist in The Shining who desperately wants to pin his masterpiece. He lures (and subsequently accidentally traps) his family in a hotel, where he eventually succumbs to his vice – alcohol. Similarly, Charlie is an aging creative who desperately wants to produce a movie that nets an Oscar. But his vice isn’t alcohol, it’s cigarettes. But that doesn’t stop him from sharing a scene with the barmen that is obviously inspired by The Shining.

The murder hotel aspect is another shared trait between The Shining and The Devil In Me, but fans will also notice another shared environment. Later in the game, you’ll be forced to traverse a garden maze with the killer in hot pursuit, similar to The Shining’s final chase.

Related: The Dark Pictures Anthology: The Devil In Me is the Perfect Blend of True Crime and Classic Horror Movie Tropes

The antagonist’s motivation in Saw was to force its “players” to participate in gristly games that made them face the worst aspects of themselves. The same could be said for The Devil In Me, as characters are pitted against their vices (like addiction) and their own worst traits, like a refusal to depend on others or a penchant for self-destruction.

The 1960 horror movie is a classic, must-see movie for any fan of the genre, and The Devil In Me practically slaps you with the reference in the latter half of the game. The most iconic revelation in Psycho is that Norman Bates had been keeping his mother’s dead body in his house while pretending to be her in order to kill his motel’s guests.

Similarly, the killer suffers a mental break when his own mother dies, which leads to him becoming a serial killer in his own rite. Complete with a murder hotel and a room set up for Mommy Dearest. He even has a tape recording of her voice that plays when he enters the room, and it’s callused enough to make Mother Bate proud.

You might even argue that the killer’s desire to “dress up” and pretend to be someone else as he kills is also a reference to Psycho. But there’s no denying that Norman Bate’s tendency to stare at his guests through peepholes is also referenced in The Devil In Me – but the killer has taken it up a notch with one-way mirrors and endless surveillance cameras.

The Dark Pictures Anthology is full of death. And yet, the killer in The Devil In Me is one of only two major non-player characters who you can’t kill, no matter what decision you choose. In this way, he’s incredibly reminiscent of another iconic killer – Michael Myers of the Halloween franchise.

Our antagonist shares much in common with Michael. Both are selectively mute, in that they are capable of talking but simply choose not to. Both seem to prefer masks, rarely taking them off, if ever. And both take their time in pursuing their victims, choosing to walk instead of run, as if they know that death is inevitable.

Related: Where to Find All 13 Premonitions in The Devil In Me

In fun horror slasher fashion, Friday the Thirteenth pools together a cast of young people and sets a killer loose among their midst. The bickering and debates that occur once the cast realizes what’s happening are fairly reminiscent of what happens in your standard Friday the Thirteenth Movie, but there are three scenes which are likely directly inspired by the slasher franchise.

The first is when a cop comes to investigate, only to be immediately murdered by the killer. This happens at least three times in the franchise. The second is when the crew finally gets on the boat and is speeding across the lake to presumed freedom, only for the killer to (somehow) grab onto the boat and climb aboard. While this makes sense for the game, it’d be more authentic to the movie if the killer simply dragged them into the water and drowned them. The third is when it seems that the killer is finally dead, and his mask washes up on shore. But the nightmare isn’t over – he picks it up a moment later, and the scene cuts to a new gaggle of innocent potential victims.

So much love and thought has been baked into The Devil In Me. And terrible walking mechanics aside, it’s a great game that many horror-lovers will love. It’s available now on PlayStation, Xbox, and Steam for $39.99 USD.