The most important award of the year. 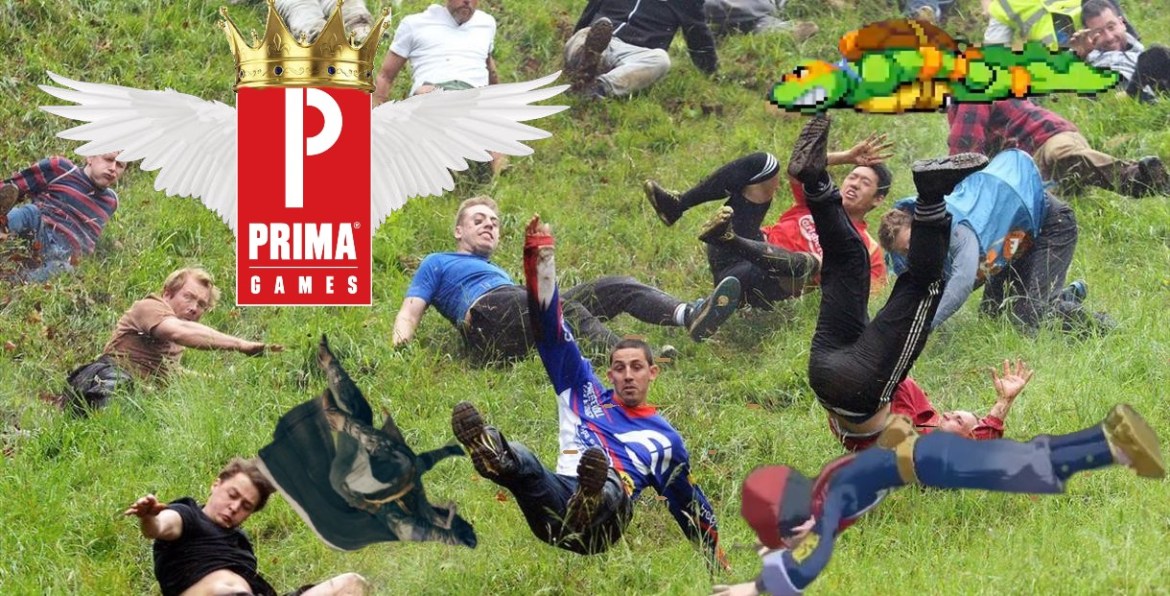 We here at Prima games take dodge rolls more seriously than anything else. We look at the I-frames, the length, animation, and overall vibes of rolling out of harm’s way. If a game has an excellent dodge roll, it can be the saving grace that pushes us through playing games that we might have stopped hours earlier. So let’s look back at 2022 and talk about the absolute best little guys doing somersaults of the year.

Let’s get the obvious one out of the way. It’s unfair to every other video game when a From Software game comes out. Elden Ring’s dodge roll is not only essential, but its variations based on your armor weight make it a tool on your belt you need to master. Once you have your build, you need to learn how your dodge roll fits into the equation. While Elden Ring’s dodge roll doesn’t break the mold, it’s a stark reminder of what an excellent dodge roll brings to the table.

TMNT Shredder’s Revenge brings old-school beat-em-ups back into the mainstream. Playing with up to six players can really bring chaos in moment-to-moment gameplay. Each character has its own dodge roll with unique animations. This genre thrives on learning combos, how to extend them, and dodging out of the way of incoming damage. Having a dodge roll as beautifully animated as the ones in Shredder’s Revenge lands it on our list of best dodge rolls of 2022.

It isn’t exactly the best game in the series for reasons we’ve gone over in our review. But there’s no denying the top-shelf dodge roll action Bayonetta brings to the table as a series. Bayonetta 3 is no slouch in this department, with the Witch Time mechanic rewarding those perfectly-timed maneuvers with free reign to cause as much harm as your skills and knowledge can dish out with a moment’s notice. This game also adds parrying to the mix with the new sidekick character, giving a new angle to Platinum’s marquee character action. But that’s just a distraction from the real main event, and we all know what that is.

Being a lumbering Frankenstein zombie cowboy man, you wouldn’t think Beyond the Grave is an ideal candidate for a dodge roll champion. But the fact of the matter is, this walking tank can move when he needs to. And he needs to pretty often unless you like to eat bullets for shits and giggles. Maintaining your “beat” is crucial to getting the most out of Gungrave, and the latest game in the series only gives you more opportunities than ever to keep it up. But the dodge roll is a classic dating back to the PS2 original, for good reason. Technically, it’s more of a dive, but it still keeps Beyond the Grave safe enough to hammer those triggers until nobody is left standing in his way.

It’s strange that in 2022 we’re talking about a Pokemon game with a dodge roll. When a wild Pokemon runs up to the player to catch these hands, and you perform the perfect dodge roll out of the way, it feels like Pokemon are a real threat. Combine this with the ability to throw Pokemon out in battle with a single button and create a unique adventure. It’s less about the power of the dodge itself and more about the fact that a Pokemon game has a decent dodge roll at all.

This little roguelike/town-building cult simulator actually has a pretty stellar dodge roll. In combat, your dodge roll can negate attacks but also give you a lot of distance on the battlefield. Combine this with the unique modifiers you can collect in each run, and you have a solid experience. Cult of the Lamb’s dodge roll is one of the best-feeling rolls in 2022.

Regardless of how we feel about the overall quality of the Sunbreak expansion, one thing remains constant. Monster Hunter’s dodge roll is easily the most useful and essential skill this year. Each strike on a monster is deliberate; one small mistake can cost you dearly. Your only saving grace is rolling away and evading the monster’s attack. The Monster Hunter Rise Sunbreak dodge roll, combined with the wirebug mobility, makes it one of the year’s trickiest and most rewarding dodge rolls.

The year 2022 was an excellent one for rolling away from enemies. Block button? Never heard of it. I can’t wait to roll into 2023 with more evasive techniques. Check out the best co-op games of 2022.