Not another Soulslike despite the name, thank goodness 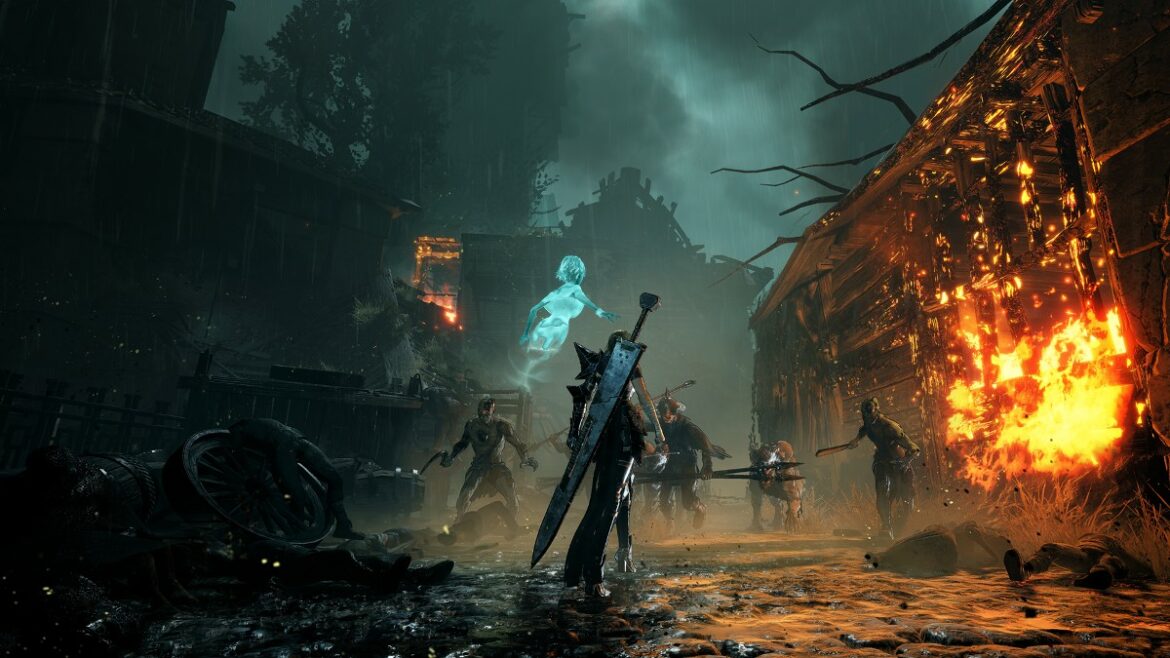 AA games have made a huge comeback in recent years, and we’re really starting to see the fruits of that labor. Studios from all over the world are cropping up, with small teams hooking up with smaller or medium-sized (I dunno how that’s measured really, but it feels that way) publishers to make these projects happen and land in front of eyeballs. We’re even seeing full-on release labels, like Prime Matter, appearing for this specific space. It’s great!

I say all that because Soulstice, a game published by Modus and developed by Italian company Reply Game Studios, seems like a shining example of why AA games are so important. This obviously isn’t a AAA game, nor is it an “indie” the way we think of that term in 2022. But while Soulstice has that “smaller” game feel (and Reply’s website even self-identifies the studio as AA), it has a level of production value and refinement that could have easily occupied AAA territory in the PS2 era.

And I’m not just saying that because of how loud the Devil May Cry vibe is. Sure, Soulstice wears its influences on its sleeves. There’s a heavy seinen anime style, from the game’s gritty premise to its demonic armor and weapon designs. Combat is full of wild animation, juggling, weapon-swapping and move-unlocking. And when you aren’t bashing enemies you’re bashing orbs out of barrels and furniture.

So, gritty premise. You play as a pair of characters, siblings Briar and Lute. Briar, who looks like a mix between Berserk’s Guts and Claymore’s Clare, is a “Chimera.” What that means here hasn’t been clearly defined yet, but whatever it is, the process sacrificed Briar’s sister Lute. The pair are connected now, Briar maintaining her physical form and Lute connected to her as some sort of ghost-like entity. Yikes.

While there wasn’t much story happening in my short chunk of demo, the way it was presented was compelling. AA games can really struggle here, but Soulstice does a lot with the resources it has. The voice acting is great, the camera uses direction without trying to ape movies and the music has real presence. The dark fantasy anime vibe is all over this thing and I’m here for it.

While Briar is a pretty straightforward character action genre protagonist, the way Lute is implemented is fascinating. Moment to moment, her contribution is defensive, giving you a complicated, indirect counterattack maneuver. She also has an environmental context sort of ability, which makes color-coded objects and enemies accessible. It’s like that one really bad part of Ninja Theory’s DmC, but well-thought and implemented.

Even in just my single level of hands-on demo time, Lute was incorporated into key moments in surprising ways. For example, while the regular combat had her countering foes with singular button prompts, the level’s boss fight played with this concept, giving Lute multiple targets in a way that almost looked like Panzer Dragoon. And this was just a small piece of a much larger whole.

There’s a very Devil May Cry move unlocking system, with a mysterious merchant character selling upgrades to the sisters in exchange for those orbs I mentioned earlier. There’s tons of stuff to unlock, especially for Lute. Options I could see included expanding the types of enemies she could counter and a time-slowing effect. And the trees expanded much further out.

There are a few reservations here and there of course. While the combat is fast and creative it’s tough to determine the rules organically. There’s a slight level of finicky that could just be a learning matter, but for example with the heavier weapon meant to break shields and launches out of the box, it was surprisingly tough to do both. There was a conflict between the weapon’s reach and its knockback, so I was whiffing a ton of launcher attempts when it felt like they should work. Having to use Lute’s powers to break things in mid-air felt awkward and unnecessary as well.

Look, it’s not easy to pull out cons from a tiny demo full of pros. I gotta have something here. But I think that in itself says a lot. From just a little bit of game time I’ve found myself hungry for more Soulstice, and I’m feeling that way for several different reasons. The story’s aesthetics, the expansive-looking skill trees and the raw combat itself all work together to form something exciting. I’m eager for the full game, and somewhat annoyed I have to wait until September 20!