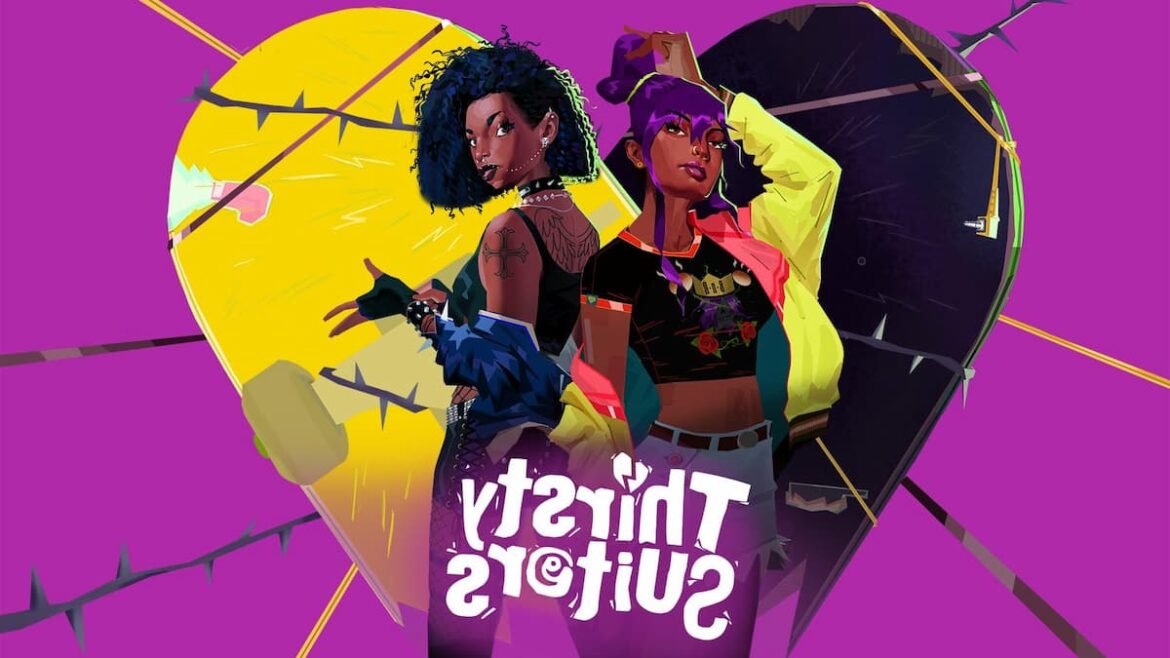 During the Tribeca Games Festival, I spent some hands-on time with Thirsty Suitors, the upcoming RPG from Outerloop Games. This small vertical slice demonstrated just how much heart is in this game. It aims to have a real, meaningful representation of South Asian culture.

The demo opens with our main protagonist, Jala, skating around and taking a personality quiz titled “What is your Thirstsona.” While this also determines some of your background stats, it made me sit down and really think about what kind of partner I am to others and what I need out of my partner as well. It’s a rather brief section but tees up some introspective questions about evaluating the people in your life and how we can all suit each other to the best of our abilities.

What does a game look like where the combat sections aren’t about physically dominating your opponent but finding a way forward that is healthy for both parties involved?

The demo focused on a boss fight against Jala’s third-grade boyfriend, Sergio. You know, that sort of innocent love before you actually know what relationships are, and what they entail.

Sergio thinks he is in love with Jala, however, Jala aptly points out that Sergio is actually in love with the fantasy he’s created of her, and how unhealthy a mentality like that is.

The actual combat is built around your classic turn-based systems. Using special taunts like making a character enraged or thirsty lets you combo other special skills for extra damage. It’s an intuitive system and is filled with Paper Mario-style quick-time events to allow you to increase the damage taken or given.

You also get to call your mom in like a Final Fantasy summon and it rules.

After every turn, the conversation between Jala and Sergio continues, as they try to move forward from this emotionally toxic back and forth. It’s a captivating scene and adds real weight to the fight. It’s not just about defeating your enemy but forging a healthier bond for everyone. At key points, you can choose to insult or flirt with Sergio. I chose insult every time, to try and help him realize that this fantasy was never going to happen.

As the fight continues, Sergio eventually enters his inner mind, where enemies are the version of themselves they want the world to see. A more secure, powerful version of their real-world counterparts.

Here you’ll need to mix up your strategies to take down your foe; your old tricks won’t work here. It’s an excellent way to change up the pace of the battle; however, the real star is still the dialogue between the cast. Sergio and Jala’s conversation continues, remembering their first kiss, the time at the aquarium, and the small moments each of them shared.

At one point, Sergio again states that he is in love with Jala, and she fires back, mentioning that they haven’t spoken in years and that he doesn’t even really know her. We’ve all looked back on memories fonder than they actually were; we’ve built things up to be more prominent than ever.

Eventually, after defeating Sergio, you clasp hands and agree to move on, as friends. It doesn’t rule out something more down the line, but it drives home the point of getting better together. Thirsty Suitors wants you to leave your relationships better than you found them.

Thirsty Suitors takes this concept and runs with it, weaving it into conversations, boss fights, and even the narrator’s slight commentary.

The demo hinted at a much larger story involving a recently ended relationship, demanding parents, and broken friendships. I look forward to playing through the full release whenever Thirsty Suitors releases.