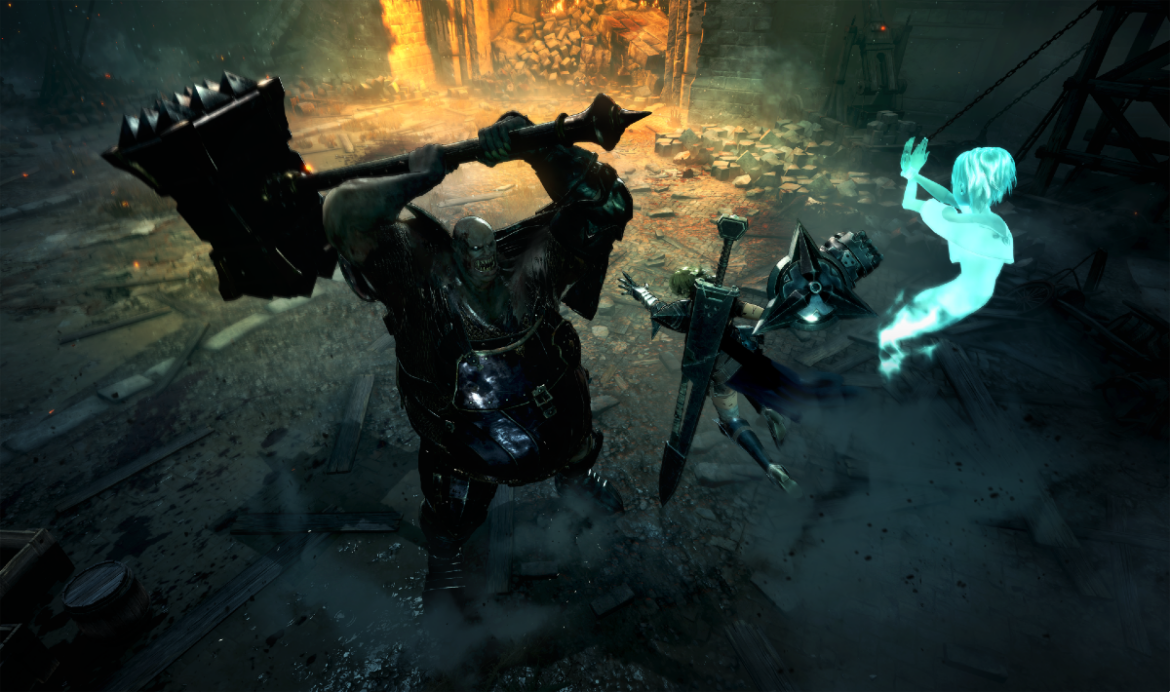 Readers, I am here to talk about how cool Soulstice is, once again. My first preview a while back was based on a small demo, a vertical slice of disjointed sequences providing a simple first taste. This time I got a significantly larger chunk, this time a pretty much complete build of the game (albeit with a cutoff point). This time I got to experience a much more polished, coherent version of Soulstice, and I’m more on board than before.

Related: Soulstice is an AA Character Actioner Swinging for the Fences | Hands-On Preview

Much of what I said last time is still true here, with the kind of slight but meaningful improvements that show Soulstice is about ready to roll. This build ran much more smoothly, and some of the issues I had with gameplay seem to have vanished. In the previous demo I recall having issues landing launchers despite being mid-combo, and here I was popping up in the air whenever I felt like it. I also got to see the reward system, awarding me medals for each combat encounter. I saw lots of “Platinum” alongside other rungs further down the ladder, and I felt perfectly comfortable with what I was doing.

This preview build for Soulstice extends much further than I played, but to be completely honest my save data won’t carry over to the final release, so I cut myself off early. That’s just a personal thing of not wanting to replay several hours of game when the taste I got was more than enough to get a fresh feel of what to expect.

I mentioned the tone and direction before, but having this run be a look at the full story instead of disparate chunks sewn together gave me a much clearer picture of this world. Before, I was impressed with the quality voice acting, visual direction and hints of what’s going on. Here, I got so many more opportunities for context, but the best part is there was still a big sense of mystery that wasn’t being filled out by expository lore menus. I’m so down to see what happens next, after meeting a tertiary character who fleshed out both Soulstice’s world and the path to conflicts yet to come.

And yeah, Soulstice is Devil May Cry as hell, but with its own twists. Having triangle being my main attack (and a “Stinger” move) felt totally familiar, with weapon-swapping shenanigans allowing some DMC 3 vibes helped the derivative but academic use of inspiration feel thorough. And with the secondary character Lute offering all kinds of strange counter maneuvers, Soulstice’s own identity shone through just as loudly.

That DMC-ness does come with a few bumps in the road, of course. There are platforming sections that are incredibly clumsy, with the heavy jumping physics and distant camera resulting in several missed platforms and frustrating trips back to where I was. Having to deal with cheap shots off screen was also annoying, but to be fair the visual indicators those were coming helped. Grinding currency for upgrades also seemed like a looming tragedy, but it’s hard to say for certain that’s how it’s gonna be.

Overall, there’s a reason I cut myself off from this Soulstice preview well before I ran out of content. I want this game in my hands ASAP, and I want as much of the final product to be as fresh as possible. It was so good I had to stop, you know what I mean? From the compelling and well-constructed storytelling to a clear commitment to slick and smooth character action combat, I’m drooling for more of this game. Just, you know, with save files I can keep.